Do you really know your clients? They prefer Corrie to EastEnders 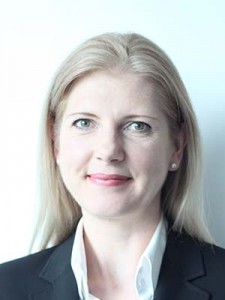 They are also married, in their later years of life, and financially stable. According to the findings of a YouGov study commissioned by the Legal Ombudsman (LeO), that is.

LeO commissioned the study, which used the YouGov Profiles tool – which draws on a database of 120,000 data points, collected from 250,000 UK YouGov members – to profile more than 32,000 people who have used a legal service in the last two years.

The aim was to help LeO “to better understand legal service users and, more specifically, to help it raise awareness of its services effectively and in an efficient, targeted way”.

Two-thirds of legal services users were classed as ABC1 – middle to upper class – with a gross professional income of £35,000 a year or more. And 65% were either married or living with a partner.

The report delved into their media consumption to find that TV was the favoured source of news – particularly regional news – with Strictly Come Dancing, Coronation Street and Britain’s Got Talent among some of their favourite non-news shows.

When it came to magazines, food and cooking, lifestyle, gardening, and travel were the top areas of interest. Legal service users were more likely to read the Daily Mail, The Times and the Daily Telegraph.

Half of legal service users visited Facebook every day, compared to 14% who were on Twitter. In that latter group, the favourite accounts were Stephen Fry, BBC Breaking News, Jonathan Ross, a parody account of the Queen, Lord Sugar and Philip Schofield.

Compared to the wider population, the research also said, legal services users were more likely to have voted Conservative in 2010, shop at Waitrose, watch Homes Under the Hammer and ‘like’ Dolly Parton on Facebook.

LeO said that although the findings appeared to depict a “fairly reliable profile of a conservative, financially stable service user”, this was not universally the case: almost a tenth of those surveyed earn less than £25,000 a year. A third of respondents were classed as C2DE – working class or unemployed. Over a third were not working or are studying.

Interim Chief Ombudsman Kathryn King said: “While the majority of legal service providers signpost to our service effectively, there are still some who do not tell their customers that if they have a complaint they cannot resolve, they have a right to redress through the Legal Ombudsman scheme.

“We have already started using the findings of our research to inform our outreach strategy, to make sure that people are aware of the service that the Legal Ombudsman provides.”

LeO is sharing its findings as part of its commitment to “disseminate its learnings more widely”. Find them here.