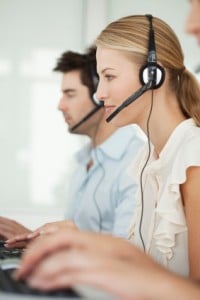 Telephone staff had a “pleasant and professional manner”

Users of the civil legal aid telephone gateway who sought face-to-face advice “often did so out of preference as opposed to need”, a review has suggested.

The gateway referred only 177 people for face-to-face advice in the 12 months from 1 April 2013, despite receiving almost 190,000 enquiries, according to a report by the Ministry of Justice (MoJ).

From those enquiries, 5,615 civil legal aid cases were referred by the gateway for specialist advice over the telephone. Of the 177 cases selected for face-to face advice, 172 related to debt, and five to discrimination issues.

The reveiw, undertaken by the MoJ in conjunction with NatCen Social Research and University College London’s Faculty of Laws, said: “Users were sometimes disappointed about being unable to see someone in person, though many were appeased once specialists were able to explain how the service worked and what it could offer.

“There was an overall sense that those seeking face-to-face advice often did so out of preference as opposed to need.

The research added that for some, the frustration of not being able to see someone face-to-face was compounded by having to send sensitive material over remote channels such as post or e-mail, perceived as being less secure than delivering the documents to the specialist in person.

“Additionally, some users had expected the possibility of face-to-face advice upon being transferred to a specialist.”

Overall, the research concluded that while there were advantages in delivering the initial operator stage of the gateway remotely – where essentially the ‘triage’ is undertaken’ – “these do not automatically transfer through to the specialist stage”.

More generally, the report found that “user frustrations” often related to a “disjunction between their expectations and operational delivery of the service”. Evidence from interviews indicated “strongly that the role of the service, structure and process were not clear, even once the person had used it”.

On the positive side, researchers said “positive experiences of the service were underpinned by operators having a pleasant and professional manner, having good listening and clear delivery skills and being non-judgemental, reassuring and sympathetic – all traits highlighted by operators as falling within the notion of soft skills.”

Despite “some suggestion from operators that performance monitoring often encouraged operators to rush interactions with users, this was not reflected in interviews with service users.”

Users described awareness of the telephone gateway as “low”, and said it lacked internet presence. “There was a commonly held perception that the service was not well publicised and for those who used the internet to find out about the service, not easy to find online.”

The MoJ said the research confirmed that the gateway is “effectively meeting the specific needs of users who qualify and contact the service”. It considered that operators and specialists have “ample scope and training to refer those who are not suitable for remote advice to face-to-face providers”.

On visibility, the MoJ said “we expected there to be a greater understanding of the gateway among the advice sector, and it is disappointing that this is not the case. However, we are currently working collaboratively with the sector to ensure that they are able to effectively provide clients with accurate information about the gateway”.

Last week, Professor Roger Smith published a major report on the delivery of digital legal services to those on low incomes.