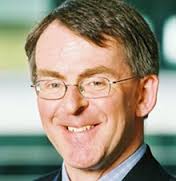 The partner at City giant DLA Piper who hit the headlines in 2014 for lewd e-mail exchanges with Premier League chief executive Richard Scudamore has been referred to the Solicitors Disciplinary Tribunal.

The Solicitors Regulation Authority said the tribunal had certified that Nicholas William West had a case to answer “in respect of allegations which are or include involvement in inappropriate e-mails with his client”.

The allegations are as yet unproven and he will now appear at a hearing before the tribunal.

After Mr Scudamore was revealed by the Sunday Mirror to have exchanged sexist and offensive e-mails with a “lawyer friend” over a period of months, Mr West was then named by the Daily Mail.

A sports broadcasting specialist, he had been advising the Premier League for several years.

The e-mails, which were leaked by Mr Scudamore’s former PA, included crude sexual references to female work colleagues and others.

DLA Piper said it had no comment on the referral, but at the time issued a statement saying: “We have concluded that there was a failure to meet the high professional standards in which we take pride as a firm, whilst recognising that these were e-mails exchanged between friends and accessed without permission.

“We have accepted Mr West’s assurances that these emails are not reflective of his beliefs and values and that there will be no recurrence of this behaviour.”

Mr West, who has not replied to a request for comment, said at the time: “I sincerely apologise for my actions. In sending the e-mails in question I let myself, my firm and its clients down. I have an obligation to uphold the highest professional standards and I give my assurance that this will be the case going forward.”

The Chambers & Partners directory says of Mr West: “He ‘has an exceptional mind’ and is ‘the king of the broadcasters’, say sources. He led on the Premier League’s £5 billion television rights deals with Sky and BT.”