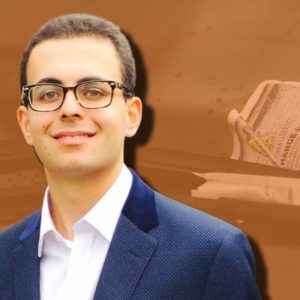 A student who set up a DIY website to help consumers challenge parking tickets, and claim compensation for delayed travel or missold PPI, has added a natural-language ‘robot lawyer’ to draft documents.

Joshua Browder described the experimental system on his not-for-profit website, donotpay.co.uk, as “the UK’s first robot lawyer”, which “can talk to you, generate documents and answer questions. It is just like a real lawyer, but is completely free”.

After asking a series of questions, the site generates a print-ready document for the appellant or claimant to send on. Its author said the system was “improving its skills” all the time as people used the site.

Speaking to Legal Futures, the 18-year-old Londoner, a computing student at Stanford University in California, explained that the inspiration for the artificial intelligence (AI) behind the software came from “database of queries” that followed the launch of his site last September.

“From that I created a learning model for the computer and it combines word mentions, pronouns, and word order, to recognise what the user is saying.”

However, the ‘robot’ struggled with non-specific enquiries, he revealed. “It’s quite good with flights, parking tickets, and PPI, but if you ask on something other than those topics then it needs some help. When that happens, the user gets a helpful message and I will get notified in the back end, so I go in and try and make it better.

“I am lucky to be able to do this myself so I don’t have to pay any developers or have any shareholders or anything like that.”

He said he was “also interested in immigration law” and was currently working to expand his site to include Arabic language assistance to asylum applicants.

Explaining his plans, Mr Browder said: “Say for example you say ‘what happens if my asylum application is rejected?’, the ‘bot will know to tell you how to appeal… If I can do Arabic to start with, that is a huge demographic of asylum seekers.”

He said he had received “mentoring” from an Oxford solicitor who was a family friend. The app would remain free, he pledged: “I am never looking to charge people and also I feel that if I take on sponsorships from a law firm that would create a conflict of interest. I don’t know how, but I am going to avoid those two things.”

Mr Browder added that while he had seen some negative feedback from sceptical lawyers, “forward-thinking lawyers” had been positive. “I have been quite surprised at the response I’ve had from some lawyers; I’ve had tweets from QCs and several law firms have offered their expertise in expanding the site”.

He concluded: “When I created the site, I thought ‘even if it doesn’t change everything, it will inspire others to do so’. I’m sure a lot of people are looking at this… and thinking ‘I could easily make this better’. That’s the nature of technology which is so great.”

The service was welcomed by the solicitor who created a ground-breaking automated website aimed at helping people charged with motoring offences.

Martin Langan, who launched AI-backed RoadTrafficRepresentation.com (RTR) in 2011, said it was easy to criticise innovation, but that “anything that advances self-help in an intelligent way and gets people some sort of access to justice is to be applauded”.

However, he observed Mr Browder’s offering was “not sophisticated”, in that it provided no help beyond drafting a claim. It would be improved by the addition of premium options for users, such as advice or representation for people who have submitted a claim and had it rejected, perhaps on a fixed-price basis similar to services offered by RTR.

Mr Langan admitted: “I’ve long thought that really parking notices should be part of what RTR does. Probably it will happen, perhaps through partnering with somebody else rather than reinventing the wheel.”

He predicted more similar ventures would follow, given a climate in which the government and judiciary were encouraging the use of technology to improve access to justice.

“It seems to be part of this government’s view that nothing needs to be regulated and [legal services] should be market-driven. While that ethos exists, there are definitely going to be more of these apps…

“Whether they are going to be of a sufficient quality is another matter and I don’t think there is sufficient protection in there to ensure that they are… I wouldn’t say that just because something isn’t regulated means it doesn’t have quality. But there is some assurance if it’s coming from a regulated body.”