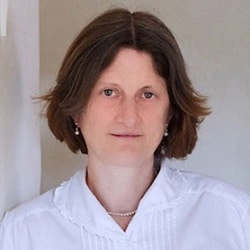 A barrister who deliberately gave the court a wrong address in an effort to obtain a divorce fraudulently has lost his appeal against being disbarred.

Her Honour Judge Karp ruled in December 2016 at Barnet Family Court that the decrees nisi and absolute had been obtained fraudulently and should be set aside. Mr Ukiwa accepted the ruling.

Last November, the Bar tribunal said it had looked at the evidence “afresh” in finding that Mr Ukiwa had engaged in dishonest conduct in an attempt to deceive both the court and his wife by giving a false address, knowing that “someone else at that address would complete and return the acknowledgement of service”.

Rule E169.4 of the tribunal rules provides that “the judgment of any civil court… may be proved by producing an official copy of the judgment or order, and the findings of fact upon which that judgment or order was based shall be proof of those facts, unless proved to be inaccurate”.

Mr Ukiwa argued that this amounted to a “jurisdictional fetter” on a tribunal considering evidence, where relevant facts have been found in other proceedings, without first addressing the inaccuracy of the record of the findings.

As it was, the tribunal considered the facts de novo as a “fresh fact-finding exercise on which it embarked as double-checking whether it really was right and fair to rely on HHJ Karp’s findings”, Collins Rice J noted.

She described Mr Ukiwa’s challenge as “somewhat counter-intuitive” given that the tribunal “went to considerable lengths to give Mr Ukiwa the benefit of any and all possible doubts, notwithstanding the highly adverse, and unhesitating, factual findings in the judgment of HHJ Karp”.

She explained: “Instead of simply relying on those findings, which would surely have made determinations of misconduct inevitable, the tribunal decided that it would be fairer to Mr Ukiwa, and in the interests of justice more generally, to test them itself.”

The judge went on to reject the proposition that Bar tribunals were “subject to a jurisdictional fetter on finding facts and doing justice in a case where another adjudicative body has exercised fact-finding functions (absent narrow ‘inaccuracy’)”.

Rule E169 was a rule of evidence, not a jurisdictional provision. “I am entirely satisfied that no jurisdictional error appears in this case,” she said.

Collins Rice J found no other procedural irregularity in the case: “Even if the tribunal’s decision to go back to first principles on its fact-finding could be described as irregular, it is not arguable – and was not argued before me – that it was productive of injustice to Mr Ukiwa in substance.

“On the contrary, it was from start to finish an exercise in going the extra mile to ensure that Mr Ukiwa was not subjected to prejudice or unfairness in the proceedings before it, whether as a result of the decision of HHJ Karp or the default application of Rule E169.

“The tribunal made no new finding of fact adverse to him. In the end it found no reason to depart from the conclusions HHJ Karp had reached or to disturb the findings of fact she had made on the questions which were ultimately dispositive of the proceedings, and it explained why not.”