Divorce pioneers Amicable Apps have launched a ground-breaking advice service to complement the launch of the final version of their app. 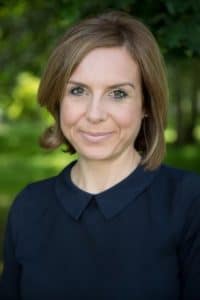 Clients who want more help in handling their divorce than the app can provide are directed to ‘divorce coaches’, who could be non-practising lawyers but may have no legal training at all.

The app was launched earlier this year with the aim of helping people reach an amicable divorce, save on legal fees, divide assets and make arrangements for children.

Kate Daly, divorce counsellor and co-founder of Amicable Apps, told Legal Futures that testing of the beta version of the app revealed a demand for “hand-holding” from users.

“People used the app to work through the decisions they needed to take as part of their divorce,” she said. “They often don’t realise that this involves thinking about holidays, birthdays or pensions.

“They said it was very helpful to have the app, which was easy to use. Then they said: ‘Now what do we do?’

“We could have told them to print off the information and take it to a lawyer, or do the divorce themselves using the government website, but it just didn’t feel right. They were asking us to do it for them.

“Until then we had been encouraging lawyers to get their clients to use the app because it could help them. Now it is no use saying this any longer as we are effectively in competition.”

Instead, Ms Daly described how Amicable Apps had created a new service based on ‘divorce coaches’, including both non-practising lawyers and paralegals but also people from a “therapeutic background” similar to her and those whose knowledge came purely from handling their own divorce.

If the coaches themselves needed more help, Ms Daly said they could contact SSB Law in Sheffield on behalf of both parties, as a client of the law firm, and the solicitors would give advice based on the interests of both husband and wife.

She described the model as “unique” and said development had involved “lots of conversations” with the Solicitors Regulation Authority to make sure everything was done correctly.

“Amicable Apps is an unregulated legal service, not a family law firm. We are the client of SSB. We provide legal information not advice.

“If we need to, we will obtain legal advice on behalf of our clients. We could also refer them to a law firm to get independent advice, but this can polarise the situation.

“Husbands and wives have nothing to do with SSB. Their divorce coaches send the information to the law firm, and we don’t do anything with the advice which comes back, although we moderate the discussion that follows.”

Ms Daly said the app was free, and the basic divorce package, including unlimited access to a divorce coach, cost £950 per person.

She said that if there was a “big complex issue” in the divorce which needed separate advice from lawyers, clients could negotiate a fixed fee with SSB.

If divorce negotiations failed to produce a result, Amicable Apps offer a “guaranteed outcome” through arbitration for a fixed price of £1,250 per person.

Ms Daly said arbitrators, who would be able to contact the parties separately, would be certified by the Institute of Family Law Arbitrators. She said no cases had yet been referred to arbitration, but one looked as if it was “heading that way”.

“What really surprises us is how little legal content there is in most divorce cases,” she went on. “There are different opinions on a divorce, but very few issues in a divorce which really need a solicitor’s input.

“We haven’t come across any complex trusts yet, and we’re not going to change our model for a small minority of cases.

“Our service is totally unique. Nobody out there is doing anything remotely similar.”

Ms Daly added that, in its first funding round earlier this month, Amicable Apps raised £150,000 from six private investors, which would be used for a media and marketing campaign early next year, coinciding with the traditional spike in divorce activity.

SSB partner Jeremy Brooke said: “This is a great new service. The obstacles presented by our regulatory framework and a need to remain independent are ones that need careful consideration.

“But government requires less costly and less adversarial solutions for people facing divorce and at SSB Law we are delighted to be working with another young innovative business to find ways to do so.”