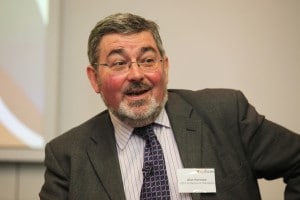 The Legal Services Board’s (LSB) consultation on its plan to oblige frontline regulators to have lay chairs has met a barrage of opposition from regulators and lawyers, pitted against consumer advocates, which strongly backed the measure.

One barristers’ group warned that the LSB was on such shaky legal ground, it could end up being judicially reviewed if the change went ahead.

Among 17 responses recently published by the LSB, only consumer bodies, and a cautious Association of Chartered Certified Accountants, backed the argument that the move was necessary to reinforce public confidence and help ensure independence between regulators and their regulated communities.

Opposing views included that it was unnecessary when there was already a majority of lay board members, that it would limit the available pool of talent, and even that the LSB had no right to make the change.

The consultation argued that the LSB’s internal governance rules should be amended to permit only a lay person to be chair of the regulatory boards, because its post-Legal Services Act experience was that regulators were “still tied too closely to their individual branches of the profession” and that reform of the legal profession would have “come further” if they had not been. It admitted its proposal was “a matter of judgement” rather than based “on empirical evidence”.

Consumer organisation Which? pointed out that it had backed an amendment calling for the policy when the Legal Services Bill was going through Parliament, although it acknowledged that the Bar Standards Board (BSB) and Solicitors Regulation Authority (SRA) had “made strides” towards lay representation. The LSB’s proposal would further develop Sir David Clementi’s vision of the regulatory/representative split, the body argued.

The LSB’s own statutory consumer advocate, the Legal Services Consumer Panel, also came out strongly in favour of the change, saying it would help to counter conservatism in liberalising the legal market and would boost public trust in regulation.

Meanwhile, the regulators themselves rejected the policy, with varying degrees of vehemence. As predicted by Legal Futures, the BSB rejected mandating lay chairs, saying they were “unnecessarily restrictive” and “inappropriate”. The SRA, in a letter from chief executive Antony Townsend rather than a formal response, criticised the LSB’s “assumption” that a perceived lack of reform was due to a closeness between the regulator and professional body.

The joint response from the Chartered Institute of Legal Executive and its regulator, ILEX Professional Services (IPS), stressed that the two bodies had discussed the consultation separately and had arrived at the same conclusions. They argued that key to the selection of chairs were the quality of leadership and operational independence. They pointed out IPS had been headed by a lay chair, Alan Kershaw, since its inception in 2008.

The Costs Lawyer Standards Board felt that a lay majority among board members was sufficient, adding: “If independence is truly the motive behind this LSB proposal, then in our view this should be addressed not by prescriptive lay chairs but by restriction of a chair’s historical attachment to the [regulator’s] representative body.”

As well as the Bar Council and Law Society opposing the policy – the society was “surprised and concerned” to see a consultation based on so little evidence – individual groups of solicitors and barristers took a similar approach.

The Liverpool and Birmingham law societies, representing some 6,000 members between them, trashed the proposal; Liverpool’s solicitors argued that “suitability for the task” was key, while Birmingham’s argued in detail that the SRA had made “rapid progress” with reform, undermining the LSB’s position that it could have gone further.

Among barristers, the Honourable Society of Lincoln’s Inn said the LSB did not have the vires to make the change and that imposing it could result in a judicial review. The Midland Circuit echoed the complaint of others that choosing a chair only from among lay persons would “limit the pool of available talent”.

The City of London Law Society took a similar view and observed that the LSB had provided no evidence to show a non-lay chair “had meaningfully impeded the independence of the regulator”.