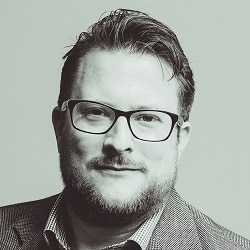 Dunne: First firm of its kind to launch scheme

A distributed firm which trebled the number of its self-employed consultants last year has launched an internship programme for postgraduate commercial law students from a London university.

Matthew Dunne, solicitor and business development manager at nexa law, said the scheme met clients’ needs for junior legal support and the firm’s desire to support the future of the profession.

“It’s a real challenge for junior lawyers trying to get into the profession right now. Many of the opportunities have dried up.”

He added that, as far as he knew, the scheme was the first of its kind to be run by a law firm like nexa, where the consultants worked remotely, and in some cases overseas.

Mr Dunne said the consultants were “predominantly quite senior” and lacked the support structure of trainees and paralegals at traditional law firms.

He said the first two interns from Queen Mary’s Centre for Commercial Law Studies (CCLS) were due to complete their two-month internship by the end of next week. They were unusual in having qualified as lawyers in their home countries of Turkey and Colombia.

After they left, two more interns would join the firm in a “rolling programme” at the alternative business structure.

He said the intern programme manager would have the task of matching the experience and interests of interns to the different kinds of work done by its consultants, which included both commercial law and services for individuals, such as family or private client work.

Mr Dunne said the number of consultants grew from 25 to 75 last year, driven “partly by the pandemic and partly by new ways of delivering legal services”.

“We’ve not had to adapt to a new way of working because of the pandemic. This is the way we work.”

Mr Dunne said nexa’s lawyers got together virtually every month for wellbeing training, a session which gave interns a chance to meet everyone in the firm.

He said the two existing interns had “adapted remarkably well” to the online environment.

Interns are guaranteed at least £100 a week of paid legal work, or five hours. Mr Dunne said that because they had proved “quite popular”, they had exceeded that income “in a number of weeks”.

They are paid by the consultants they work for, either as a business expense or by the client being billed directly for the work.

Mr Dunne said the existing interns had both finished their postgraduate courses, but students could work as interns during the course.

Professor Ian Walden, director of the CCLS, commented: “In addition to teaching and research excellence, we are also committed to ensuring that our students have the best employment opportunities when they graduate.”

The CCLS has over 700 students from 80 countries studying 170 different courses, with centres in London and Paris.