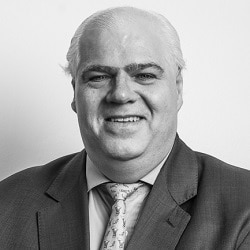 A dispute with its former after-the-event (ATE) insurer was the key factor in private equity-backed Roberts Jackson becoming insolvent and being sold in a pre-pack, it has emerged.

The joint administrators’ report of what happened at the Cheshire-based law firm also identified the high level of disbursement funding, “which required significant financial commitment from the company”, and high staffing costs.

The industrial disease specialist was sold to Manchester firm AWH Legal at the end of September.

The report by Quantuma said: “The company fell into a dispute with its former ATE insurance provider, which took the directors’ focus away from the management of the business.

“The dispute restricted payments due under the terms of the ATE policies and therefore payments due to third parties that typically would have been paid under the ATE were settled by the company.

“This caused significant cash-flow issues within the business, which was further compounded with a counter-claim by the company’s ATE insurer.”

Quantuma said it was not possible to continue to trade the company in the circumstances. “Continued trading would have required management to be confident that there would be sufficient working capital facilities available to enable the company to meet liabilities as they fell due and that continuing to trade would not worsen creditors’ position.

“Management would also have had to resolve legacy issues with certain creditors. This was unlikely to be achieved.”

Private equity firm NorthEdge Capital invested £15m in Roberts Jackson four years ago, and the report said it held 43% of the firm. It had a floating charge of £22.5m over the firm, as did NatWest Bank for £4.25m.

The report recorded another £13m of unsecured debts, with two medico-legal agencies prominent among them: Medical Legal Appointments (£3.2m) and Premier Medical (£2.2m). Counsel and other legal advisers are owed £2.4m, while HM Revenue & Customs is set to be £602,000 out of pocket.

It is not yet certain how much AWH will pay for Roberts Jackson. It is paying 10% of all profit costs and success fees from settled cases, 50% of the recoverable value of disbursements, 90% of debtors and 60% of accrued income. It made an advance payment on account of £500,000.

The report said: “Following a review of the WIP by a specialist firm of agents, the WIP was valued at £4.9m. The estimated to realise value has been reduced by 80% to reflect to sale of the same to AWH.” All WIP realisations are subject to the bank’s and NorthEdge’s charges.

At the time of the sale, Quantuma partner Andrew Hosking said: “The financial difficulties experienced by Roberts Jackson are endemic in the legal sector at present, with the high cost of funding case files having a severe detrimental effect on firms.”