Dispersed US firm launches in UK with big ambitions 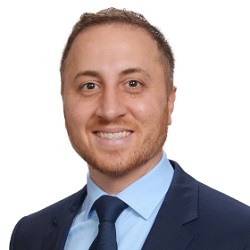 US dispersed law firm Rimon has entered the UK market as an alternative business structure (ABS), with plans to expand rapidly and challenge the likes of Keystone Law and gunnercooke.

Chief executive Michael Moradzadeh told Legal Futures that he was “very ambitious” and would like to see the firm become one of the largest of its type in the UK.

The largest dispersed firms now have up to 300 lawyers, which he said was a “very realistic” number for Rimon.

“We won’t do it in a year. But we’ve been growing 30-40% year on year and we believe UK will be a big growth location for us because it has been ahead of the curve on this [way of working].”

Rimon (pronounced Ree-mohn) was founded 13 years ago. Mr Moradzadeh described it as a “hybrid” firm in that while its lawyers are spread far and wide, it offers a full, if “streamlined”, support service and 37 offices around the world from which its 114 partners can work.

Outside of the US, London joins Berlin, Moscow, Paris, Warsaw, Sydney, Shenzhen, Bogata and Tel Aviv. It will shortly be opening in Africa.

Mr Moradzadeh stressed that Rimon was a “cohesive” firm and claimed it was more selective in the lawyers it hired than similar practices.

He pointed to two key metrics – a 94% retention rate and 49% of work partners do is cross-sold from another at the firm.

Initially partners kept 85% of their billings but the CEO said the 15% was not enough to provide the resources they needed: “It got in the way of our core principle of doing high-quality work in a cohesive team.” The split is now 70/30.

Rimon also has a central pool of associates to support the senior lawyers, which Mr Moradzadeh said he planned to build in London, as well as offering traineeships. There will be a route to partnership for them.

On Mr Parker’s role, he explained: “Roger Parker has spent his career pushing the boundaries of what his law firms can be and has driven growth with great success.

“We also have an ambitious vision: to create and ever-refine a more seamless, tech-savvy, value-based way to deliver top-level legal services that meet the needs of our clients and our lawyers – the law firm of the future.

“Roger’s proven drive, vision, and ability to execute make him a perfect addition to our team. He will be a critical player in our continued growth.”

The firm has a broad corporate/commercial practice focused on the finance, technology and entertainment sectors, and Mr Moradzadeh said London was “absolutely” key to the plan to build a global practice – which would also mark Rimon out from other dispersed firms, few of which have any overseas operations.

They chose to set up as an ABS “since it gives us more flexibility”. He added: “We hope and believe that in the long run, the US will also move in that direction.”

Rimon announced a relationship with UK dispersed firm Excello in 2015 and Mr Moradzadeh said he hoped it would continue: “I don’t see them as competition. The real competition is the big law firms.”

He explained that Rimon typically looked to recruit lawyers who either were not looking to move or, if they were, would head to another large firm.

FisherBroyles, which describes itself as the world’s oldest and largest ‘distributed’ law firm, opened in London in February 2020 and lists 12 partners as practising from it; however, nine of them are predominantly US based with only three – Anne Davies, Peter Finding and Jack Tsang – solely in London.