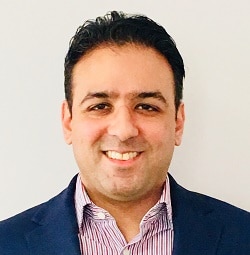 Sohal: Appeal of partnership is fading

A dispersed commercial law firm based in Birmingham is offering solicitors the chance to set up their own firms while working as self-employed consultants.

Sandip Sohal, director of My Business Counsel (MBC), said two partners from a London media firm and two more from an international City practice had taken up the offer.

Mr Sohal said the firms used MBC’s IT platform and back office functions, and operated as trading names of MBC.

He said they were among the new arrivals which had enabled MBC to grow from five to 30 lawyers in only three years, with a further nine former partners or senior associates arriving over the next 12 months.

Mr Sohal said the firm was receiving more and more inquiries from senior associates who “know they won’t make it to partnership or will be waiting for a very long time”.

He went on: “The appeal of partnership is fading. Some of these senior associates have been qualified for 15 years. Partners have done really well financially over the last 15-20 years, but now the top is saturated and many firms are heavily in debt.

“Senior associates don’t want to be part of it. In many cases they are the ones with the business relationship. They could join our firm and have their own mini-businesses.

Mr Sohal said the IT platform, MBC Link, allowed consultant solicitors to set up a new ticket for every new client, and for the progress of the case to be monitored both by them and by MBC.

“It plugs the gap between our lawyers and us,” he said. “It enables any member of the support team to work on a case.”

Mr Sohal said he set up MBC with his wife in 2011, who remain sole directors.

He started his career as a paralegal at Eversheds and became an in-house paralegal at telephone company Sendo, before qualifying at DLA. Instead of joining another large commercial firm, he helped set up a legal department for an investment fund, which operated as a separate law firm.

Mr Sohal said the firm’s strategy included becoming an alternative business structure later this year or early next year. Although the firm had no immediate need for external finance, he said it might be considered in the future.