Dispersed firm aims for 1,000 consultant lawyers in next five years 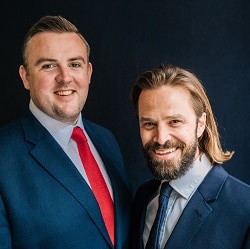 Leading ‘dispersed’ law firm Setfords has set itself the target of having more than 1,000 consultant lawyers on its platform in the next five years.

It already has around 350 and the firm described itself in its recently published annual results as “the largest, national, full-service, ‘dispersed’ law firm, with consultants in almost every county in England and Wales”.

Setfords – founded by cousins Guy and Chris Setford in 2006 – was “well on its way to becoming a platform of over 1,000 consultant lawyers, a target the directors believe is achievable within the next five years”.

In March, Setfords took on an undisclosed amount of Series B private equity investment from Phoenix Equity Partners, with its original investor, BGF, exiting with a “high return” on the £3.75m it injected in late 2016.

In light of the results, the firm has voluntarily repaid all the government support it took last year from the Coronavirus Job Retention Scheme.

The firm said consultant lawyers across all disciplines had seen “high levels of work during the year, with property lawyers in particular seeing a meaningful increase in workloads”. In all, Setfords received 18,048 instructions over the financial year, up from 11,484 in the previous 12 months.

Setfords’ sales and marketing teams generated £4.5m in work for the consultants.

The support team grew by almost a third to over 100 people, mainly based in Guildford, Surrey, and the firm said it was unlike other dispersed firms in not charging its consultant lawyers for any of the support – it comes out of their fee-share.

It also claimed that a dedicated lawyer wellbeing department set up in July 2020 was the first in the legal market.

Research published in February predicted that firms of legal consultants like Setfords were set for huge growth and would become the dominant business model in the consolidation of the high street and mid-market.

Arden Partners PLC estimated that around 50,000 solicitors – a third of the profession – could be working as consultants in just five years’ time, with traditional small partnerships a rarity by then.