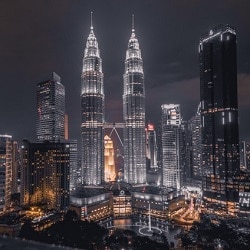 A “disgraceful” solicitor who disappeared with over £415,000 of client money and apparently went travelling to Malaysia has been struck off.

The Solicitors Disciplinary Tribunal (SDT) said that, in a farewell email, Nicholas Tsioupras warned his trainee solicitor that “there are going to be some angry clients”.

The SDT heard that three clients received payments from the Compensation Fund of almost £400,000. A further client was entitled to £3,600, but the lack of accounting records meant it was impossible to work out which clients were owed the outstanding amount of £11,600.

Before he disappeared, Mr Tsioupras, principal of Nicholas Angelo Solicitors in North London, sent his trainee an email in August 2018.

This said: “Obviously there are going to be a few angry clients. You don’t need to do anything. The firm acting for the SRA will contact these people and deal with these files going forward. Any loss associated with the abrupt closure of the firm will be covered by my indemnity insurance.”

Describing his conduct as “disgraceful”, the SDT said it was also dishonest, given that Mr Tsioupras was making “unauthorised round sum transfers” from client to office account over a period of time, and transferring the money either to his personal bank account or an unknown one.

His trainee solicitor, who was not named, was praised by the tribunal for doing “his best to pick up the pieces, inform the SRA of his predicament and try to appease some very angry and frustrated clients”.

The SDT went on: “The trainee solicitor’s prompt action ensured that the SRA and the Compensation Fund were engaged at an early stage so that the clients’ property transactions were completed.

“But for that action, the harm to the clients and reputational damage to the profession would have been considerably greater. The trainee solicitor had been in the middle of a training contract and had been deliberately left with no support, not knowing what the impact of the respondent’s actions might be for him financially as well as on his career.”

The tribunal heard that Mr Tsioupras was born in 1969, admitted in 2000, and principal of Nicholas Angelo Solicitors until it was shut down by the SRA in September 2018.

The trainee solicitor contacted the SRA on 21 August 2018 to say he had received an email two days earlier from Mr Tsioupras saying that he had decided to close the office and “wouldn’t be around for a while”.

The sole practitioner told the trainee he had informed the regulator that the office was closing and asked the SRA to intervene. The tribunal found that he had actually not done this.

The trainee went to Mr Tsioupras’s home on 21 August, where the solicitor’s brother told him that he had “gone travelling to Malaysia”. The SRA closed the firm two weeks later.

Letters and emails from the SRA to Mr Tsioupras received no response and he completely failed to engage with the disciplinary process.

There was no accounting information available. The firm’s accountant said he had not carried out a reconciliation since May 2017 and the trainee had no access to the client account.

Mr Tsioupras was found to have made improper transfers from client account of £415,200, acting dishonestly and with a lack of integrity.

He failed to keep proper accounting records and failed to co-operate or engage with the SRA. Mr Tsioupras was struck off and ordered to pay costs of £8,400.