“Disconnect” between how firms assess and pay lawyers, report finds

There is a worrying “disconnect” between the factors that law firms consider most important in driving growth of their firms and the way their lawyers are paid, a report has found. 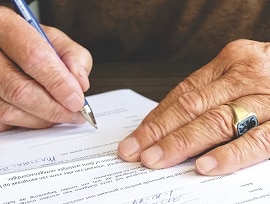 The report found that firms were “telling their staff that client satisfaction and recovery rates are important, but will have no bearing on the staff’s remuneration”.

For partners, seniority and firm-wide performance were significant measures used for pay, neither of which went to their individual performance.

The study, by accountants Armstrong Watson, was based on the experiences of 41 law firms, almost two-thirds (64%) of which had 10 or fewer partners. Firms carried out a broad range of work, excluding crime and legal aid.

When it came to appraisals and assessing the performance of partners, the top three factors were fees billed, the profitability of the department and the firm-wide profitability.

Researchers said these factors “might continue to be popular, but they are rather blunt instruments, with some respondents noting that they tried to take a more holistic approach to contribution than pure billing”.

Researchers described the presence of “more accurate financial measures”, such as lock-up and recovery, as “heartening”, but it said it was “perhaps disappointing that some more intangible (but no less important) measures (such as client satisfaction or quality scores) do not score higher”.

When the factors determining appraisals were compared against those determining partner remuneration, the report found that seniority and firm-wide performance, both of which “are outside the individual’s direct control”, were more important in determining pay.

It said seniority was among the bottom three answers when firms were asked which factors were most important in driving their performance.

“There is clearly a mis-match between how partners are assessed versus how they are rewarded.

“Perhaps more worryingly, there is also a disconnect between the factors that law firm leaders consider most important in driving growth of their firms and the way those same firms remunerate their partners.”

When it came to fee-earners, the report found that although there was less variance, there was a “comparable disconnect” in the factors determining appraisals and those determining pay.

“If fee-earners are encouraged (above all else) to chase fees, then this could be to the detriment of profitability, cash collection, team working and client service.

“Firms seem to be telling their staff than client satisfaction and recovery rates are important, but will have no bearing on the staff’s remuneration.

“Even worse, client satisfaction was cited in the ‘top three’ most important issues for driving firm wide performance, but apparently not in driving individual performance.”

More than half the firms (57%) had regular annual pay rises, the average annual increase being 3%.

A slim majority of firms (52%) thought remuneration was key to attracting new staff, but “opinion was strongly split in this area and other replies cited work life balance or other benefits”, such as pensions.

The report concluded that the results of the survey showed why the most progressive firms were looking to change the way they remunerate all staff, generate new business, their firm structure and management.