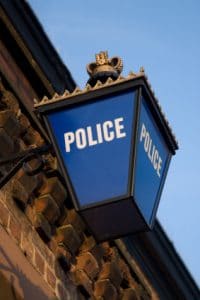 A criminal sole practitioner has been fined for offences including failure to distribute legal aid payments for professional disbursements, which he blamed on having laid off a manager after the firm suffered from government cutbacks.

Meanwhile, it took him more than a year to supply an imprisoned client’s file to the body dealing with miscarriages of justice when it was requested.

In a judgment on an agreed outcome, the Solicitors Disciplinary Tribunal said while the admissions were to “moderately serious professional conduct”, his culpability was nevertheless “high” and the period of misconduct “significant”.

It assessed a delay in sending information to the CCRC as “potentially [causing] significant harm” to a client. However, it accepted good character references and approved the agreed outcome.

The CCRC complained to the Solicitors Regulation Authority (SRA) in an effort to get Mr Williams to speed up.

At the time, Mr Williams, who was born in 1960 and admitted in 1992, was a sole practitioner at MWA Solicitors in Aldershot, Hampshire, which closed in 2014.

In mitigation he said his practice had suffered from a post-LASPO reduction in income and had laid off his accounts manager as a result, which he claimed with hindsight was a “catalyst” for many of the firm’s administrative difficulties.

He said he had sought to transfer ownership of the firm to his senior management team, “recognising that his strengths lay in casework rather than on the administration and management of an office and practice”. But there had been problems with the transfer.

He pointed out he had practised for 26 years and operated his own business for 19 years without regulatory issues. He was now a consultant criminal advocate with another firm and had no intention of becoming a principal again.

Experts not paid, although Mr Williams had received money for them from the Legal Aid Agency, included several psychiatrists and a forensic consultant.

The agreement said the SRA had considered the offences worthy of a £4,000, but had reduced it to £3,000 in light of his financial position. Mr Williams will also pay costs of £2,000.