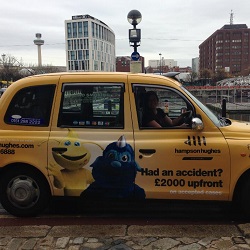 Hampson Hughes marketed itself aggressively in its heydey

Multiple factors contributed to the demise of one-time personal injury giant Hampson Hughes, including the whiplash reforms and the directors disagreeing on its future direction, it has emerged.

The firm, one of the most high-profile law firms in the country a decade ago as a result of its TV and radio advertising, went into administration in October and its files sold off to eight other law firms.

The report of the joint administrators from Leonard Curtis and Grant Thornton was published just before Christmas and said that all creditors were likely to be paid, a rarity by the standards of law firm collapses.

HH Law, which traded as Hampson Hughes, was set up by Paul Hampson and John Hughes in 2009, although it was run by Emma McConlough from 2018, in consultation with them, due to the founders’ focus on their other interests.

The report listed a host of contributing factors to the firm’s failure. Following “repeated cost benefit exercises”, it said, HH found that its direct marketing activities were “beginning to prove less viable”.

“This led to a reduction in appetite for reinvestment in marketing. Subsequently, in recent years, the firm noted a reduction in turnover and file attrition.”

HH also suffered as a result of the government’s whiplash reforms. While “most” other personal injury firms began to diversify into other areas, such as housing disrepair, HH could not because of other law firms operated by Mr Hampson and, until September 2020, by Mr Hughes which handled such work.

The report recorded that, since February 2021, the directors were unable to agree on a way forward for the company.

A further problem was G8 Medical Agency, a disbursement creditor HH used as an exclusive medical agency, to which it owed £1.8m in relation to unsuccessful cases and £250,000 in respect of live cases.

However, there was a previous services agreement with G8 for which a separate settlement was entered into and the administrators said the terms conflicted.

“It is not clear which agreement prevails and some of the sums due may be subject to offset. Whilst the company continued to discharge on a case by case basis, the disbursement creditor required a resolution to the debt matter.

A final problem was an inability to pay sums owed to HM Revenue & Customs, which is claiming £1.1m from the administration.

The report said: “The company has been impacted by a lack of stability given the deadlock position of the directors and steps needed to be taken to ensure that the risk of SRA intervention is minimised and that client interests were protected. As a result of the board issues, key members of the management team have resigned.”

HH approached Leonard Curtis for advice last April; it concluded that the firm was insolvent. There was a delay in placing it into administration while Mr Hughes obtained separate legal advice but this finally occurred on 22 October.

Profit costs will be split pro rata between HH and panel firm based on the work in progress incurred by each party, as adjudicated by an independent costs specialist, with fixed-costs matters split 50/50 to reflect their lower value and to avoid this extra cost. Recovery First receives 15% of work in progress recovered.

The administrators said the work in progress has a book value of £7m, alongside £3m of other assets; creditors are owed £5m.

There are no secured creditors, while 31 staff either made redundant on their appointment or to be made redundant soon are owed £162,000, of which £28,000 is due to them as preferential creditors.

All should be paid in full on current estimates, the report said.

The administrators have estimated their costs at around £530,000, mostly for Leonard Curtis.