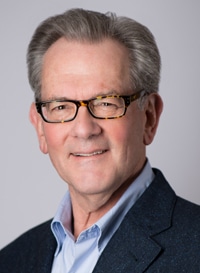 Efforts to recruit an initial 2,500 barristers to direct access website MyBarrister failed miserably, it has emerged in a court ruling that details an ongoing dispute with the recruiters charged with signing them up.

MyBarrister has sued four partners of Hewetson Shah seeking declarations that, among other things, it validly terminated the recruitment agreement between them and was not liable for any commission.

The partners – Guy Hewetson, Matthew Kesby, Anil Shah and Christopher Owen – issued a defence and counterclaim for breach of the recruitment and other agreements, and seeking the commission due under them.

They also sought to add MyBarrister founder Ronald DeKoven as a party, arguing that he had assumed a personal obligation to pay or arrange for the commission to be paid. It was his attempt to strike this out or for summary judgment that was before Mr Daniel Alexander QC, sitting as a deputy High Court judge.

Under the recruitment agreement, signed in April 2014, Hewetson Shah had to secure 1,000 new barrister members during a first recruitment period and a further 1,500 in a second period, in return for which it would receive shares in MyBarrister. The length of these periods was not disclosed in the ruling.

“These were, as things turned out, demanding targets,” the judge observed.

After the first target was not met, the defendants said they told MyBarrister that both targets were not realistic or achievable and that it did not make sense to keep going.

Mr Alexander QC recounted: “A strategy meeting was called on 21 April 2015. A number of topics were discussed including, in particular, the perception that in order to raise more investment in the claimant, it would be necessary for the claimant to have approximately 300 barrister members.

“The defendants contend that it was said at a post-strategy meeting afterwards that, if they helped the claimant to achieve that number by a given date in 2015, the claimant would honour the requirements as to commission due under the recruitment agreement, even though the original targets were not reached and that this gave rise to a revised recruitment agreement of which breach is alleged by the counterclaim by way of failure to pay the commission.”

The claimant pleaded that the revised agreement was not made. “Moreover, the alleged terms of the variation are disputed on the basis that any such variation would have been to require there to be at least 300 ‘active’ barrister members registered on the website by 1 September 2015 or the date by which that target had to be achieved,” the judge recounted.

“It is also said that by 15 September 2015, when the claimant contends that it terminated the recruitment agreement, there were only 282 barrister members active [on] the claimant’s website.”

As well as alleging that the recruitment agreement was varied, the defendants contended that, at the same time, Mr DeKoven “agreed/assumed a primary personal obligation to the defendants” to pay or arrange for commission of 5% of MyBarrister’s shares to be paid.

A key issue in the hearing was whether the alleged oral agreement amounted to a guarantee under the Statute of Frauds 1677 and so needed to be in writing.

Mr Alexander QC concluded: “I consider that the true position is as follows. First, that the alleged oral collateral obligation probably does not impose personal liability on Mr DeKoven in any case and that it is more likely that, if there was a new agreement created at all, there was only one agreement (namely the revised recruitment agreement)…

“That is not a matter of which determination is invited at this stage. However, if any such oral collateral contract arose as pleaded, it constituted a ‘see to it’ obligation which would fall within the scope of the Statute of Frauds.”

He said that subject to a pleading of an estoppel to reliance on the Statute of Frauds, “summary judgment in favour of Mr DeKoven should prima facie be given”.

However, as the defendants had not had a chance to plead an estoppel, the judge said they should have the opportunity to make an application to do so at a case management conference to be held by the end of the month in a bid to speed up the litigation.

But he warned the defendants not to see this as encouragement. “The [claim against Mr DeKoven] appears to add nothing of material value, given the nature of the case and the commercial situation, partly because the defendants’ claim is to be paid in shares in the claimant and it is not clear that an additional claim in damages against Mr DeKoven for failure to secure that (on the assumption that the conditions for liability were established) would provide any further benefit.”

Mr Alexander QC said that if no application was made to introduce an estoppel pleading, the claim against Mr DeKoven would be dismissed.

When contacted by Legal Futures, Mr DeKoven declined to comment on how many barristers are signed up to the site now.