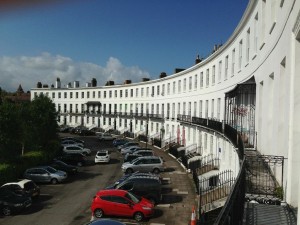 Cotswold Barristers: the first to open in Cheltenham

A set of chambers specialising in direct access cases and working only on a fixed fee basis has opened in Cheltenham.

Cotswold Barristers also claims to have landed the biggest direct access case so far, as a result of its relationship with property investor Mark Alexander.

Chief executive Carla Morris-Papps said Mr Alexander helped found the website Property118.com, where developers and landlords discuss problems and find information, leading to a stream of clients for the chambers.

Ms Morris-Papps said that, as a result, she was recruiting a fourth barrister. The chambers, specialising in property and commercial work, is understood to be the first in Cheltenham.

“Barristers are evolving to become just like solicitors,” Ms Morris-Papps said. “I think the professions will morph into one anyway, though it will take a long time.”

Mark Smith, head of chambers at Cotswold Barristers, qualified as a solicitor at Cartmell & Shepherd in Carlisle in 1986. He became a barrister 10 years later, working primarily on crime and fraud cases.

Having now turned his attention to property work, Mr Smith said he was acting for around 270 clients in a representative action against the West Bromwich Building Society.

He said the issue related to the terms of the building society’s tracker mortgages and whether it could increase interest rates beyond the 1.99% above the base rate initially offered to customers. Mr Smith said proceedings were issued earlier this month and the building society had acknowledged service, but was yet to respond.

Ms Morris-Papps said client funds were kept with BARCO, the Bar Council’s escrow account based at Barclays, avoiding the long delays experienced by some barristers waiting for solicitors to pay them.

She said the use of fixed fees depended on having senior barristers who knew their way round cases.

“We have had plenty of comments from clients delighted about fixed fees,” she said. “Experienced counsel know how long a case will last and what the ramifications are.

“This is how they are able to price their work. If we don’t charge enough, that is something we have to live with.”

Ms Morris-Papps criticised those chambers still charging fees based on the “thickness of the file” or “pulling numbers out of thin air”.

She said her aim was for the chambers to stay quite small, with up to 10 barristers, and focus on quality. “The key for us is quality, not having barristers here just to pay the rent.”

She added that the chambers were housed in an “exquisite” Regency building in the heart of Cheltenham, equipped with state-of-the-art video conferencing facilities.

Barristers have been allowed to conduct litigation since January this year through extensions to their practicing certificates. Cotswold Barristers has organised a seminar with the Public Access Bar Association on the issue, to be held at the Bar Council on 4 June.