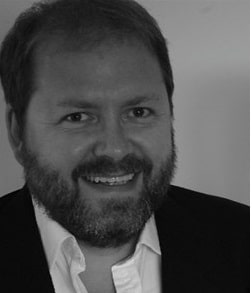 An eight-year-old direct access business that said it could save clients half or more of the cost of a solicitor through its fixed-fee unbundled service has gone into liquidation.

The reasons why Absolute Barrister has gone out of business are not yet clear. It was set up in 2013 by married barristers Simon and Katy Gittins, although according to Companies House, Mrs Gittins resigned as a director in 2017, leaving Mr Gittins as the sole director.

London insolvency practitioners AABRS confirmed to Legal Futures that they have been instructed to assist the board in placing the company into a creditors voluntary liquidation.

The work was at an early stage and a spokesman said he was unable to provide any details.

He added: “I can state that the board of directors have informed me that they have communicated individually with former clients requiring legal representation to contact a particular third-party advocate who may be willing and able to assist.”

According to the i newspaper, which broke the story, the collapse has left “an unspecified number of clients facing the loss of fees”, which it understood to be several thousand pounds in some cases, paid in advance.

It quoted an unnamed solicitor as saying she had been approached by an Absolute Barrister client whose entire legal budget had been lodged with the website.

Speaking to Legal Futures in 2016, Mr Gittins said the service had more than 200 barristers on its books.

Writing on the Bar Council website the same year, he advised barristers to focus on their legal expertise more broadly, given that consumers “probably don’t know or care” what was meant by the word ‘advocacy’.

Mr Gittins’ LinkedIn profile states: “We are re-engineering the way legal services are supplied to make them better, faster and more accessible.

“Combining market leading tech with expert barristers means that we can dramatically reduce cost to the client for expert advice, increasing access to justice.

The site told users it could “typically save half, sometimes two thirds and even more with longer engagements”.

A survey it commissioned on launch found that 54% of Britons – and “a staggering 42% of those working in the legal industry” – thought solicitors overcharged.