Direct access barrister suspended yet again – for working while suspended 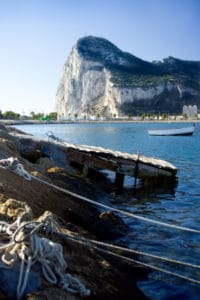 A direct access barrister has received his fifth suspension – for working during one of his previous suspensions.

However, the latest Bar disciplinary tribunal to rule on Oliver White decided earlier this month that a further two-year period of suspension would run concurrently with his existing one.

The Bar Standards Board (BSB) said Mr White was now the subject of a total of five suspension orders, banning him from practice for a total of two years.

This month he received two suspension orders of 18 months each for carrying out direct access work as a barrister in August 2015 when suspended by an earlier disciplinary tribunal, and a further six months for failing to co-operate with the BSB.

Last month a Bar disciplinary tribunal imposed two 12-month suspension orders on Mr White for failing to comply with a Legal Ombudsman decision to reimburse client fees of £3000 plus VAT, and failing to co-operate with the BSB over the issue.

That tribunal ruled that the two 12-month periods of suspension should run consecutively.

Sara Jagger, BSB director of professional conduct, said the latest tribunal ruling showed that not complying with regulatory obligations could have serious consequences.

“It diminishes the trust and confidence the public places in the profession and the tribunal’s decision to impose lengthy suspensions on Mr White reflects the severity of these actions.”

The BSB said the brothers were convicted in July 2014 at the Supreme Court of Gibraltar of conspiring with others to defraud clients of Marrache & Co, a law firm which provided services to corporate and private clients on the Rock, between July 2004 and February 2010.

Benjamin Marrache was sentenced to a prison term of 11 years and is currently in prison, while Isaac, who was sentenced to seven years, was released on parole in December 2016, having served a third of his sentence.

Ms Jagger said: “Convictions for conspiring to defraud users of legal services are entirely incompatible with membership of the Bar.

“These were serious criminal offences committed during the course of their professional practice which involved defrauding clients over a very long period of time. These offences attracted lengthy prison sentences. The tribunals’ decisions to disbar reflect the need to ensure that the public is protected.”

Separately, the Solicitors Regulation Authority (SRA) has continued its campaign to lower the standard of proof at the Solicitors Disciplinary Tribunal (SDT) by backing the same move at Bar tribunals.

Responding to a BSB consultation, the SRA said it made its own regulatory decisions to the civil standard, and that extending it to tribunals would better serve the public interest.

“The higher standard of proof creates higher costs and increases the chances of a person who is not safe to practise remaining within the profession.

“The higher burden of proof also creates an incentive for defendants to fight cases, rather than to settle them through a paper-based process.

“The higher burden of proof aligns with the criminal, and therefore prosecutorial process, rather than the civil or even inquisitorial process. This in turn affects the approach to the rules of evidence and attitude of the defence.”

The BSB asked whether it should not make the move before solicitors do too, but the SRA urged it to press on.

Citing the High Court’s recommendation last November to reconsider the burden of proof, the SRA said: “We continue to make the case for a change of the standard of proof used by the SDT, but we do not believe that change is imminent.

“We cannot require the SDT to move to a civil standard of proof, as it would require legislative change or a change to the SDT’s policy or rules, but given that the BSB is not bound by the same constraint, it would be in both the public and the profession’s interest to make the changes as soon as possible.”