Diplomat to chair Bar Standards Board 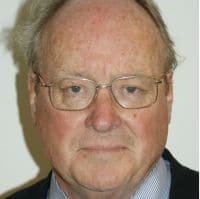 Sir Andrew: leading the BSB “through the next stage of its journey”

Sir Andrew Burns, a career diplomat, has been chosen to replace Baroness Ruth Deech as chair of the Bar Standards Board (BSB) from 1 January 2015.

He is the second lay chair of the BSB, after inaugural chair Ruth Evans. Earlier this year the Legal Services Board decided to require all regulators to have a lay chair.

Sir Andrew is currently UK envoy for post-Holocaust issues. According to the Foreign and Commonwealth Office, the role aims to ensure that “the UK continues to play a prominent role in international discussions on all Holocaust-related matters, especially those relating to education and the opening of archives and that we continue to respond to the concerns of Holocaust victims and their families”.

The FCO statement said: “The latest UK report on holocaust education stresses our commitment to ensuring that the Holocaust is never forgotten.

“Sir Andrew’s role also includes a focus on the restitution of art and immovable property and promoting the implementation of the 2009 Terezin Declaration on Holocaust era assets.”

Among the other posts Sir Andrew has held are international governor of the BBC, and chairman of the Royal Holloway, University of London.

“I am very excited at the prospect of leading the BSB through the next stage of its journey to becoming a more modern and efficient regulator,” Sir Andrew said.

“I am committed to working with the Bar to help it modernise and flourish in the face of change, while maintaining quality standards and safeguarding the client.”

Baroness Deech said there had “never been a dull moment” throughout her tenure as chair of the BSB and looked back on the period “with great pride”.

Sir Andrew was selected by an independent panel, chaired by Dr Kenneth Fleming, director of international affairs for the Royal College of Pathologists.

Enid Rowlands, the UK chair of Victim Support and a member of the General Medical Council, replaces Charles Plant as chair of the Solicitors Regulation Authority on 1 January 2015.