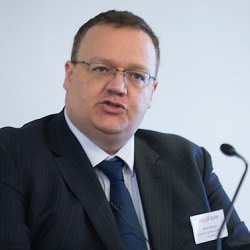 A new service is also being rolled out by HMCTS this week for the online civil money claims (OCMC) system, allowing judges to draw direction orders digitally in some cases.

The damages claims pilot launched quietly on 28 May.

A spokeswoman for HMCTS said it was for unspecified damages claims – many of which are for personal injury – and would begin with cases involving only one claimant and defendant.

“This is a technical constraint. As the digital service develops we will expand on the number of claimants versus number of defendant to include multi-party cases.”

The pilot, established by practice direction 51ZB, will last until 30 April 2024. Claims must be for damages only and lawyers registered with MyHMCTS.

HMCTS is testing the service with nine claimant law firms over three months, before extending it to a wider audience.

Lawyers can issue a claim, provide an acknowledgement of service, inform the court of any agreed extension to file the defence, respond to a claim and provide information for a directions questionnaire.

Thereafter cases are managed in the usual way under the Civil Procedure Rules.

The long-term goal is to create an end-to-end digital service for claims in the county court, from pre-action to enforcement.

Brett Dixon, chair of the Law Society’s civil justice committee, worked with HMCTS on the project.

He described it as “a springboard for further developments” and it was “well worth claimant and defendant practitioners engaging” as it provided a “tech-based way of issuing and responding to court proceedings on behalf of clients”.

Meanwhile, HMCTS said a separate service was being rolled out this week for the OCMC system, allowing judges to draw direction orders digitally in cases valued between £300 and £10,000.

The spokeswoman said the system had been piloted at 19 courts in the North-East and this would be extended to another 22 courts in the region. After that, the next region to go live would be the South-East.

Speaking to the Association of District Judges last week, the Lord Chief Justice Lord Burnett said: “In both civil and family the aim it is to get rid of much of the paper that blights the conduct of proceedings, just as it has been got rid of in the Crown Court.

“There is a need to replace the clunking systems that underpin the work of our courts to avoid the risk of technological failure, quite apart from improving the way in which work is done.”

Lord Burnett went on: “In civil, the expansion of the online civil money claims will continue. The first damages digital release went live only two weeks ago and will be developed over the next year before, it is thought, full roll-out in the summer of 2022.

“Work is underway developing the online functionality for specified high value claims, so too possession.”