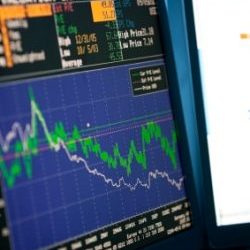 Acquisitive regional practice Knights was the only listed law firm to defy the Covid gloom and end 2020 with its share price higher than where it began, a Legal Futures analysis has shown.

At the other end of the scale, the Ince Group saw its share price tumble by 62% during the year.

Legal Futures has been tracking the progress of listed legal businesses for the last six years. The 2020 findings come against the background of a bad year for the main market because of Covid-19 – the FTSE 100 fell 14% – although the AIM 100 rose by 20%. All but one of the legal shares are listed on AIM.

It continued to soar upward pre-Covid after five acquisitions in the first two months of the year, reaching a high of 488p, before dipping to 316p in March as Covid hit.

But by the end of 2020, having taken rapid action to curb costs after the first lockdown and then in November unveiled another acquisition, the share price rallied to 393.5p, up 18% overall.

In May, chief executive David Beech entered the Sunday Times Rich List with a paper fortune of £130m, the only person among the top 1,000 to have made their money solely in law.

The Ince Group had a second difficult year in a row – in 2019 the tricky acquisition by what was then Gordon Dadds plc of Ince & Co knocked a third off the share price, while last year first a share placing and then the impact of Covid on its domestic legal business sent the shares diving 62%, ending 2020 on 44.5p.

This still represented a recovery from 22p in September, with the firm subsequently announcing positive results.

Keystone Law, a big performer in the previous two years, dipped 5% in 2020 to 505p, having recovered significantly from its March low of 365p. It reported good results for the six months to 31 July.

It said in September that it expected to continue growing both organically and by acquisition as it emerged from the pandemic.

City firm Rosenblatt’s share price has had a tough time since listing in May 2018 at 105p, since when it has rarely been above that figure. Closing 2019 at 92p, it fell to 50p in March and has only recovered a little since, despite setting up a third-party funding offering for other law firms, ending the year on 58p, a 37% drop in 2020.

DWF became the first law firm to list on the main market in March 2019 and ended that year with its share price barely changed at 123p.

However, 2020 was more volatile, with chief executive Andrew Leaitherland leaving in May as the firm admitted that the disruption caused by the coronavirus was greater than expected.

The share price went as low as 46p in July but recovered to 81.5p by the end of December, still 34% down on the year. In September, an American private equity house became DWF’s largest external investor after taking a 4.5% stake worth £10m.

MJ Hudson went public just over a year ago. The multi-disciplinary business – based on a law firm – markets itself as an asset management consultancy. Its shares fell 18% over the year to 48.5p.

After a very strong 2019, Anexo Group, which combines a credit hire business and personal injury law firm Bond Turner, dipped 25% over the year to 130p.

In November, the two lawyers behind the company sold some of their shares to a private equity investor at 150p, netting them £46m.

The share price of NAHL – the legal marketing company that owns National Accident Helpline as well as an ABS and stakes in two other ABSs – has long been on the decline, ending 2019 on 100p, compared to its 2015 peak of 404p.

It crashed in February after the company told investors that uncertainty in the personal injury (PI) market would significantly affect its performance in 2020, but has been relatively stable since, despite Covid hitting PI hard, and ended the year on 45.5p, down 56%.

NAHL is currently in talks over a reverse takeover by Frenkel Topping.

Away from law firms, litigation funder Burford Capital ended 2020 at 711p, 2.5p higher than where it started, but that masks a major recovery from a Covid low-point of 280p in March.

Insolvency funder Manolete Partners might have been expected to have a good year given the nature of its business, and indeed reached an all-time high of 585p in May.

But in July, it was the subject of an anonymous attack on an investing website that shook confidence and sent the price tumbling.

Despite half-year results in November showing that revenue, profit and new case investments were all rising sharply, the shares have not recovered and finished 2020 on 257.5p, down 45% over the year.