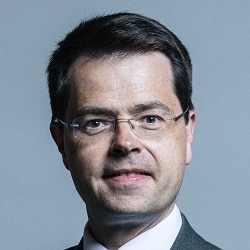 Brokenshire: Those who have yet to sign should do the right thing.

More than 40 leading property developers and freeholders – but no lawyers as yet – have signed a government-backed pledge that highlights the duty of conveyancers to act in the best interests of clients.

The latest step in the Ministry of Housing, Communities and Local Government’s (MHCLG) campaign for better treatment of leaseholders has seen the likes of Taylor Wimpey, Persimmon and Barratt Homes sign the ‘public pledge for leaseholders’.

It commits them to doing away with onerous ‘doubling clauses’ that can result in ground rents soaring exponentially over a short period of time.

The freeholders who have signed have agreed to change the terms of existing leases. Other industry bodies, such as managing agents, have also put their names down, vowing to act fairly and transparently in their dealings with leaseholders.

The relationship between developers and their lawyers has been in the spotlight of late, with MPs claiming earlier this month that some conveyancing solicitors have become “too close to developers” and do not put their clients’ interests first.

On this, the pledge says: “Legal advisers should act in the best interest of each client, always acting in good faith, providing advice in a clear and accessible way and should always observe obligations with regard to conflicts of interest.

“As part of this, legal advisers should take all necessary steps to ensure a potential leaseholder is aware of all relevant costs associated with the lease before such a lease is signed, and these are presented in a plain-English, clear and transparent way.”

It highlights the right of consumers to approach the Solicitors Regulation Authority (SRA) or Council for Licensed Conveyancers if they believe a solicitor or conveyancer has breached these principles, and to complain first to the provider and then the Legal Ombudsman if they are not satisfied with the service they have received or if they believe the lawyer omitted to inform them about an important aspect of their lease agreement.

Communities secretary James Brokenshire said the pledge meant that “developers, freeholders, lawyers and managing agents are committing to taking steps to help leaseholders, especially those who are affected by rapidly doubling ground rents”.

Anna Bradley, SRA chair, said: “We welcome this pledge, which seeks to address an issue that has caused so many people real difficulty and distress.

“The pledge reinforces solicitors’ obligations to act with integrity, act in the best interests of clients and not allow their independence to be compromised. Solicitors have a duty to uphold the high professional standards that both we and the public expect. If we find evidence that standards are not being met, we will take action.”

Mr Brokenshire said the government would also change the rules that force leaseholders to pay legal fees when they take their freeholders to court over service charges. This includes consultation with industry on whether these changes should apply to existing leases too.

“Under current rules, leaseholders may be liable to pay the legal costs of their landlord regardless of the outcome of a legal challenge,” he said.

“This has led to cases of leaseholders being forced to pay tens of thousands of pounds in legal fees, even when the court or tribunal has found in their favour. This can lead to leaseholders facing higher bills than the charges they were seeking to challenge in the first place. It can also deter leaseholders from taking their concerns to a tribunal.

“We will bring forward legislation to close these legal loopholes that allow freeholders to unjustifiably recoup legal costs from leaseholders.”

Further, the minister unveiled the MHCLG’s response to the Law Commission’s 2017 report on Event Fees in Retirement Properties.

“Implementation of these recommendations will help older people and their families to be better protected from hidden costs and unfair fees charged in some leasehold retirement properties, where owners are required to pay an ‘event fee’ on certain ‘events’, such as sale, sub-letting or change of occupancy.

“A new statutory code of practice will ensure that these fees cannot be charged unexpectedly, while fees that breach it will be regarded as unenforceable.

“Developers and estate agents will be required to make all such fees crystal clear to people before they buy, so prospective buyers can make an informed decision before forming a financial or emotional attachment to a property.”