Despite Brexit and Trump, law firms have “grounds for optimism” on cross-border trade 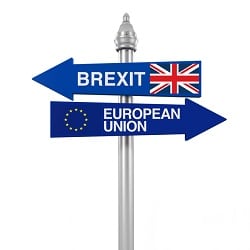 Law firms advising on cross-border commerce should be “cautiously positive” that Brexit and the election of Donald Trump as US president will not damage future global trade or the legal work that flows from it, according to a report.

Despite these developments, clients can be confident that the long-term trend in trade and its regulation is not protectionism but rather continued globalisation, said Jomati Consultants in a report aimed at law firms: A retreat from globalisation? The potential risks and rewards for the legal sector.

Analysing a range of statistics, including the number of new trade agreements and barriers that hinder trade – such as import tariffs and state aid for certain industries – the report found world trade volumes and inward investment flows were growing.

Also, the trend in trade regulation was towards liberalisation.

However, it acknowledged that President Trump’s threats to the North American Free Trade Agreement and the possibility of a ‘hard’ Brexit combined, amounted to “an unquantifiable risk” to the cross-border clients of law firms.

Further, many of the planned trade agreements, advising on which could provide a source of instructions for law firms, related to the Asia-Pacific region.

For this reason, global firms should “not take an unduly Western-centric approach”, the report urged.

Optimistically, the report pointed out that the EU’s record of negotiating trade agreements with key trading partners up to now was “poor”, and that if the UK successfully negotiated a single, standalone post-Brexit deal giving its companies preferential access to US markets, it could replace the EU agreements at a stroke.

Within Europe, clients that would be vulnerable if Brexit failed to include a free trade deal between the UK and EU itself included those in the business of vehicle exports, the dairy sector, and tobacco manufacture, Jomati warned.

A legal consequence of a hard Brexit could be that the enforcement mechanisms of the World Trade Organisation were no substitute for the current supervisory jurisdiction of the European Court of Justice (ECJ) – withdrawal from which is currently the UK’s intention – the report said.

It advised: “Law firms may find it helpful to evaluate their UK clients’ exposure to the EU market, in terms of the percentage of trade they undertake with the [27 EU states].”

Where they would be greatly affected, the firms could assist clients with identifying more benign trading regimes.

In terms of the potential threat to global trade of President Trump’s protectionist ‘America First’ rhetoric, this should be balanced against the US administration’s parallel desire to enter into new trade agreements, Jomati said.

It continued: “President Trump’s gun-boat style of delivering his policy trade objectives is unusual in modern times, as is his willingness to engage in political brinkmanship.

“But, fundamentally, his actions to date do not indicate a president who is implacably hostile to cross-border trade in principle.

“That said, his willingness to pull out of international agreements, and also upset key trading allies and industries, suggests his frequently aggressive rhetoric in relation to cross-border trade issues should be taken seriously.”

In conclusion, the report urged law firms to take a “global view” of cross-border trade trends which, contrary to prevailing views in their home states, have “reasonable prospects for modest growth in the months and years ahead”.