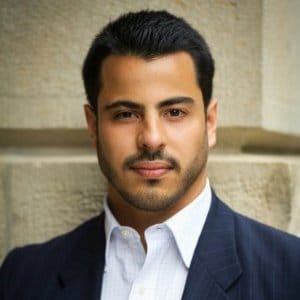 Arruda: ROSS should be accessible to all lawyers

NextLaw Labs, the business accelerator set up by global law firm Dentons, has invested in an IT product which claims to improve the transparency of fees and cement the bond between lawyers and corporate clients.

Meanwhile, another NextLaw investment, artificial intelligence venture ROSS, which is built on top of IBM’s Watson cognitive computer, has opened up access to its product to lawyers and law practices beyond the initial ‘partner group’ of firms.

ROSS recently launched its latest version after extensive testing in the field of US bankruptcy law.

NextLaw took an undisclosed percentage of the legal fee billing software Apperio in a £1.7m second seed-funding round. The investor, a wholly-owned subsidiary of Dentons, described Apperio as “one of the most promising legal tech startups for matter management in the market”. The product promises to “track legal spend in real time” and help “standardise the legal tender process”.

NextLaw’s chief executive, Dan Jansen, predicted Apperio would be a “game changer in the competition for legal panel positions”. He told Legal Futures that NextLaw had made a “significant investment” in the product, which he praised for its ability to improve “stickiness” between clients and their lawyers by introducing a high degree of transparency into billing.

A prototype was being pilot tested by Dentons partners and business development professionals in London. “Law firms want clean and simple software… to put it bluntly lawyers are not always timely with their billing” and Apperio would both encourage timeliness and deepen relationships with clients, he said.

He observed that while the Apperio platform – which is in use by 17 of the top 100 UK law firms and claims to have over £20m of fees being tracked within a year of its launch – was “up and running and generating revenue”, ROSS would take time to deliver income. “Our investment portfolio has near-term and longer-term time horizons”.

Andrew Arruda, ROSS Intelligence’s chief executive and co-founder, told Legal Futures that the company had used US bankruptcy law as a test bed before launching its v3 product, incorporating design advances to date.

Opening up access to lawyers beyond the test firms would enable ROSS to transfer “its knowledge over to all practices and jurisdictions as it continuously learns new concepts and gains expertise”, he said, adding: “We want to ensure that all lawyers, whether they be a solo practitioner, at a small, medium or big firm, a government position or in-house counsel, in all practice areas and in all countries, have access to ROSS.”

In November we reported that ROSS had entered an extended pilot phase beyond the initial 20 large law firms already announced.

In other IT news, the Ministry of Justice’s recent ‘hackathon’ was won by a team of participants from Thomson Reuters, which developed a system to help improve the timeliness of court cases. A total of 14 teams took part in the event.

A Ministry of Justice spokesperson said other similar events would follow, adding: “The hackathon was designed to bring together internal and external expertise to solve problems using data.

“Those who took part in the event came up with a number of positive ideas that we will look to develop over the coming months.”

”We are committed to using data and evidence to shape policy as effectively as we can to help improve the lives of people that come into contact with the justice system.”