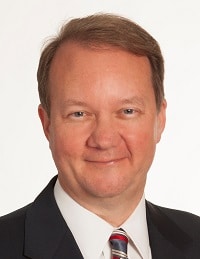 Andrew: “we want to change the whole marketplace”

International firm Dentons is to launch what it describes as the first free global law firm referral network, with the aim of “changing the whole marketplace”.

The NextLaw Global Referral Network will be based on almost 1,000 firms around the world with which Dentons has already worked, but will open its doors to all law firms later this summer.

“We believe this is a game-changing initiative,” Joe Andrew, global chairman of Dentons told Legal Futures. “It’s a free, non-exclusive global network which dramatically changes the landscape, and we believe it will be transformative.

“We’re letting any every firm join, including our global competitors. We don’t think many of them will because they tend to exaggerate their experience and expertise.

“Small firms will find that, by collaborating with other firms, they can avoid losing clients to bigger rivals.”

A spokeswoman for Dentons said invitations would go out this week to up to 1,000 law firms that have been approved for referrals in the past by the firm’s partners.

She said that once they had joined the network, any firms which met the quality standards would be able to join. She said the network was particularly aimed at small to medium-sized firms, and specialist practices.

Applications will be vetted by a panel including Dentons partners, partners of other member firms and former general counsel, who will rely on criteria such as client feedback, independent quality rankings and awards.

“All members will have the opportunity to rate and review each other,” Mr Andrew said. “The point of this model is not to be controlled by Dentons. Control starts with Dentons and then moves to the committee.

Mr Andrew said that if even half the 1,000 firms joined the NextLaw network, it would be bigger than any of the top “pay-to-play” global referral schemes, such as Lex Mundi or TerraLex.

“Our goal is to have as many high-quality law firms in the network as possible.”

Elliott Portnoy, global chief executive of Dentons, said the NextLaw network would use ground-breaking technology to enable members to make sophisticated searches of lawyers and check the quality standards of law firms.

Jeff Modisett, chief executive of the network, added: “Through this network, we offer clients something that no one else in the world can provide – the ability to stay with their trusted law firm while accessing expertise and experience in any geographic area, any legal practice area, and any industrial or professional sector, all for free.”

Meanwhile, LOD has claimed another first by launching an online marketplace for freelance lawyers. Known until recently as Lawyers on Demand, LOD is majority owned by City firm Berwin Leighton Paisner.

A spokesman for LOD said that at least 500 lawyers were expected to be signed up to Spoke.law, in advance of its launch to clients in July.

He said Spoke would “offer a variety of experience and expertise across different practice areas, ranging from core commercial contracts to more niche specialisations” delivered by solicitors and barristers.

“The lawyers on Spoke will be available to work with legal teams on a remote flexible basis just when clients need them. This new channel expands on LOD’s existing models for on-site secondments and managed teams, both of which continue to grow.”

Spoke manages the billing process for clients using the site, and charges a service fee.

Simon Harper, co-founder of LOD and creator of Spoke, added: “Spoke takes the flexible lawyer landscape that LOD pioneered and adds another new way of working.

“The big law firm was one way for lawyers to work that grew out of the twentieth century. Spoke is about harnessing what the twenty-first century has to offer”.

Lawyers on Demand merged with Australia’s AdventBalance in February this year, and rebranded itself as LOD.