Demand for fraud partners “to rise dramatically” after pandemic 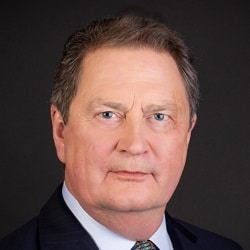 Demand for partners who specialise in white collar crime will increase just as dramatically after the pandemic as it did after the financial crisis in 2008, a report has predicted.

The report found that the impact of the Covid-19 pandemic on partner hiring had been “dramatic” in the UK and the US.

“With the exception of very high-level strategic lateral moves, many firms have hit the pause button or cancelled hiring altogether.”

However the report, by international legal recruitment firm Macrae, said the company had experienced “numerous downturns” and while Covid-19 was “both a global health crisis and an economic downturn, it too shall pass”.

Following the hiring freeze during the financial crisis, the immediate aftermath was marked by an “equally dramatic increase in the number of top-tier white-collar partners switching firms”.

It went on: “We expect the same trend to occur once Covid-19 comes under control and the economy begins to repair.

“From the client perspective, a successful white-collar practice area remains a critical offering. Given the current state of global affairs, white-collar demand will increase once again as economies rebound.”

In a market intelligence report White Collar Crime and Investigations, Macrae, which has offices in the UK and US, said that in London work that had traditionally been the domain of specialist boutiques like Peters & Peters and Kingsley Napley had “increasingly moved” to the big players.

“Top UK firms are more confident in their ability to help white-collar partners transition from individual to corporate representation because they have institutional clients to which they can provide access.

“Top US firms, on the other hand, are focused on hiring that small handful of white-collar candidates who have PLC boardroom access and can attract large corporate investigations.”

The report said financial services had emerged as a specialism in its own right, particularly in the UK, where the Financial Conduct Authority was a “proactive and agenda-setting” regulator.

“In the US, it has been standard practice for white-collar lawyers to defend both financial institutions and corporations, but that practice is relatively new in London.

“A magic circle partner told us: ‘In the past, people focused on financial regulation have been very different from those doing corporate defence work. But people are starting to do both, moving in the same direction as the US where firms do not typically divide their teams between financial services and other investigations.’”

However, the report said there was no “direct analogy” in the UK to the flow of legal talent in and out of government in the US, and that public service in the UK had “typically attracted career public servants”.

Despite Slaughter and May hiring Sir David Green, former director of the Serious Fraud Office, as a senior consultant in 2018, there were “very few instances of government investigators moving successfully into private practice in London”.

The report added: “Despite the flat white-collar market in London over the last six months, and even more recently the pervasive impact of Covid-19, most top law firms take a long view and remain interested in making strategic hires in this area.”