Deloitte warns government: ABSs are not the solution to criminal legal aid reform 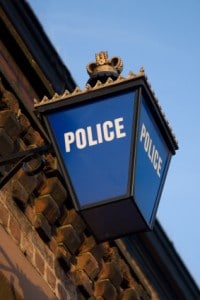 The viability of using alternative business structures (ABSs) as a means to offer criminal legal services under the government’s price competitive tendering (PCT) scheme is questionable, a report by consultants Deloitte has warned.

The blue-chip business advisers concluded that both ABSs involving law firms backed by private equity, and new entrants to the legal market linked to law firms or acquiring them under an ABS, were flawed as business models for bidding for criminal legal aid contracts.

The report was commissioned by the Law Society and accompanied its response to the government’s PCT consultation Transforming legal aid – which recommended a number of reforms to criminal legal aid in the hope of saving some £220m a year by 2018-19.

The consultation highlighted the ABS route as a way organisations could build up sufficient scale needed for the new regime.

A key reservation flagged up by Deloitte when judging business models that might be viable under the PCT scheme was the tightness of the government’s September 2014 timetable, if mergers and acquisitions of existing criminal law firms were to be part of preparations.

A second report commissioned by the Society, by Otterburn Legal Consulting, also raised the problem of timescale, concluding that a new entrant that was not already an ABS would be unlikely to gain authorisation in time to start work under a legal aid contract.

But in a damning verdict on the viability of equity-backed ABSs in publicly-funded legal contracts, Deloitte doubted the criminal legal aid market would hold attractions for private investors. The “market fundamentals are unlikely to attract investments from the PE sector”, it said, adding: “The fragmented market makes it a challenge to find an attractive target of sufficient scale.”

Although large corporate market entrants could bring skills and scale to bidding for criminal contracts, potentially delivering cost savings, the proposed timetable could make it impossible for new entrants to achieve the required capability in time. Equally, while they could sub-contract to deliver services, the amount of profit involved might prevent this.

In an understated but powerful critique of the Ministry of Justice’s PCT proposals, Deloitte concluded that: “The current reforms to criminal legal aid do not, prima facie, appear to increase choice or competition.”

The Otterburn report found that criminal law firms are on the financial brink; the average profit margin of 119 firms surveyed was 6%, but this was before the impact of recent changes to family legal aid and personal injury were accounted for. Most would be unable to survive the proposed 17.5% fee cut because their costs are largely fixed and they are already operating at low staff levels.

Lucy Scott-Moncrieff, the Law Society’s president, said the independent evidence commissioned by Chancery Lane reinforced “our view that these proposals, are less likely to support… restructuring than to cause the system to collapse. It is not economically or practically possible to deliver what the ministry is demanding, for the price, and in the timeframe, that the MoJ has proposed”.