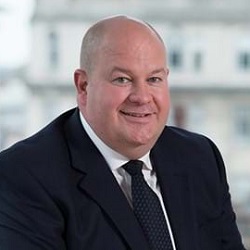 Delays in some large law firms registering claims with the new whiplash portal may be less about technical problems and more about tactics, a leading defendant lawyer has suggested.

Yesterday saw publication of the first official data [1] from the Official Injury Claim (OIC) portal amid discussions at the Motor Accident Solicitors Society (MASS) annual conference about problems with the A2A (application to application) connection between firms’ systems and the OIC causing problems.

However, speaking recently on a Kennedys client webinar, partner and motor claims specialist Ian Davies said there was some cynicism from the defendant side when claimant solicitors blamed technical issues.

The firm’s data, discussed on the webinar, indicated that while some large claimant firms had “very much hit the ground running in the OIC”, others were slow to register claims in the first months.

Some recognised names in the claimant market registered very few claims, he noted.

“While there may be some truth in claimant solicitors struggling with the system, I think there is a chance it could be more tactical than that,” Mr Davies said.

The way the compensation tariff was structured – bands based on the length of time the injury lasts – meant there was “an opportunity for claimant firms, if they so wish, to sit on a claim for a few weeks or months. By the time the claimant has gone for a medical, they have moved to a new band”.

Mr Davies suggested that, on one analysis of Kennedys’ data, this theory could be supported by the fact that litigants in person (LiPs) were far quicker to submit their medical reports than represented parties.

He praised the medical reports he had seen to date, saying the analysis of additional injuries was well done.

Speaking yesterday after publication of the OIC data, Mr Davies said the OIC data broadly tracked that of the firm’s client base. But he said the data was “rather basic and high level” and would not allow insurers much opportunity for any detailed analysis.

In a statement, MASS said that whilst it was still too early to understand precisely how the OIC was working, the figures “appear to confirm the anecdotal reports received from the wider sector”.

It continued: “Some early trends are perhaps emerging which will require close monitoring as the system develops and new data is published.

“That only 10% of claims made through OIC are from [LiPs] raises many questions about awareness of OIC and its ease of use, with potentially important ramifications for access to justice.

“We are pleased to see that potential liability disputes appear to have been handled sensibly, although poor behaviours need to be reported to the Financial Conduct Authority and fully investigated.”

Speaking at the conference, new MASS chair Sue Brown added: “It is unclear at this point whether [the low number of LiPs] is because claimants are deciding not to pursue claims, or whether it is because they are unable to pursue their claims without representation, unable to find the OIC or sufficient sources of information or advice, or for some other reason.

“It is early days but OIC seems to be working reasonably well for professional users, although there are real problems with A2A for both claimant representatives and insurers which need to be resolved. The system will be fit for purpose only when it works for everybody.”

Andy Cullwick, head of marketing at First4Lawyers, highlighted the OIC figure that 40% of LiPs were seeking an uplift on their damages for exceptional injuries or circumstances.

“It begs the question whether the unrepresented properly understand the process needed to make a claim at all?”

He continued: “Unfortunately, there is no breakdown on how many law firms are submitting claims, but we do know there is a 10% drop in the number of road traffic accident claims going through the Compensation Recovery Unit at the moment compared to last year.

“When compared to pre-pandemic levels, it represents a 45% drop. However, given the number of issues reported when the OIC portal went live and the lack of integration to the claims portal, it is far from clear if the OIC is doing the job effectively or just blocking justice to access.”

Mr Cullwick said the fact so few people were bringing their own claims was further evidence for the claims company’s decision to launch its own law firm, which went live earlier this month [2].

Also speaking at the MASS conference, Alan Hayes, chief legal officer at the Carpenters Group, said the Motor Insurers Bureau, which runs the OIC, had “done its best in the circumstances”, but updates that resolved many of the initial teething problems have created other technical glitches.

He rejected the notion that claimant solicitors were encouraging ‘mixed’ claims – involving both tariff and non-tariff injuries – so the claim was worth more.

“The system is going into more detail,” he said. “If you ask the question, you’re going to get more people answering yes.” The same went for the number of claimants seeking uplifts on their damages.

Though the question of how mixed claims should be valued is going to the Court of Appeal at some point through test cases, Mr Hayes argued that there was no uncertainty: solicitors should simply assess the value of each injury and then adjust the overall figure for any overlap.

He stressed that any “clarification” provided by the Court of Appeal “should not mean a reduction” in damages.

He described the “clunky” process for obtaining medical reports as “one of less attractive aspects of reforms” and expressed concern about delays in the courts potentially stretching out contested claims where there had to be separate liability and quantum hearings.

He supported continuing remote medical examinations, challenging insurers who were worried about fraud to provide evidence to back it up.

He questioned what the authorities could do about this as it was not illegal, as it is for whiplash claims.

Mr Hayes concluded that the savings on car insurance premiums sought by the government “could have been achieved without us all having to use the new portal”, and indeed the added cost, expense and delay seen at the moment would make them “extremely difficult” to achieve.

The experience of the portal support centre was “mixed”, with it not always understanding the problems being raised.

He wondered how much a problem pre-medical offers really were but said there were “disappointing” rumours of “poor behaviour” by insurers when claims were first sent to the wrong one.

Though the figures published yesterday showed that claims management companies had hardly handled any claims in the first three months, Mr King predicted that this would change.

“Given how many [claims and accident management companies] have signed up to the OIC process, it’s inconceivable they won’t get involved.”

Asked whether mixed claims would be stayed pending the test cases, he predicted that they would not – it was not in insurers’ interests to do so. They would accept decisions from district judges in the meantime.

Mr Hayes agreed. “We’ll run some cases and get some decisions from district judges, and they will inform the approach industry takes.”

Separately, MedCo has published its first data on the OIC too, showing that 51% of LiPs selected a medical reporting organisation to provide their medical report, while 49% directly instructed medical experts.