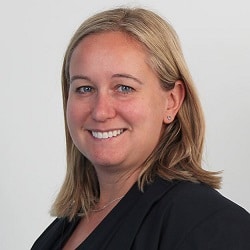 Carr: Clarity and certainty is required

A leading insurance law firm has outlined worries that the Civil Liability Act reforms will not be implemented in April 2020 as currently planned.

Keoghs is writing to the new justice minister Chris Philp to urge that the secondary legislation needed to underpin the reforms is put before Parliament soon so that there is adequate time to prepare.

Writing on the Keoghs website, Kate Carr, its head of market affairs, said that, with Brexit sapping energy from Parliament, a new prime minister and a possible election, “there are understandable worries about whether or not the April 2020 implementation date is realistic, or even possible”.

She said: “For those of us awaiting the implementation of the whiplash reforms, clarity and certainty is required, but doesn’t appear to be getting any closer.”

Ms Carr recounted that, at a seminar on the reforms held last week by the Ministry of Justice (MoJ) and Motor Insurers Bureau, “Richard Hutchinson, the person leading the work on the reforms at the MoJ, was keen to stress that [minister] Lord Keen wants the reforms to be ‘right not rushed’ – a hint perhaps that the timetable may be slipping”.

But noting that the government “insists that April 2020 remains the target date”, she said the MoJ would be able to lay down the necessary statutory instruments once Parliament returned from recess on 14 October, giving the industry six months to prepare.

Even if an election were called soon after, she said there should still be “ample time” for this to happen before MPs left again.

She said last week’s appointment of Chris Philp as a justice minister was “good news” for the insurance industry – “Mr Philp is well known to Keoghs and has been a prominent advocate of reforming whiplash rules for some time”.

She continued: “His appointment may have come too late for him to have any major impact on the exact parameters of the reforms, which have all been in development for years. There are also more senior ministers who influence these areas, including Lord Keen of Elie and the Lord Chancellor Robert Buckland MP.

“However, Mr Philp is still in a good position to input into the legislative procedure on areas of interest to the insurance industry, and if he can maintain his position for the next few years (a fairly tall order considering the current lifespan of ministers), he will be able to influence the outcome of future reviews of the discount rate and whiplash reforms.”

Ms Carr concluded: “It’s been a long wait for the whiplash reforms to materialise, so the possibility of further delay at the last minute is frustrating.

“To help avoid these delays, it is vital that the government is reminded of the importance to the industry of having ample time to prepare for the implementation date, and encouraged to bring forward the necessary legislation as soon as they can.

“We will write to Chris Philp as a matter of priority to ask for his support in this regard.”

She stressed that “all is not lost for whiplash reforms”, saying: “We’re at the final hurdle.”

Richard Hutchinson is speaking at next Wednesday’s PI Futures conference in Manchester. A few tickets are still available.