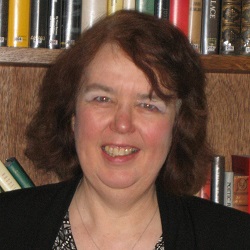 An agreement that a defendant will pay their solicitors a percentage of any sums they successfully resist having to pay the claimant is unlawful and unenforceable, the Court of Appeal has ruled.

Such an agreement is not a damages-based agreement (DBA) as defined by section 58AA(3) of the 1990 Court and Legal Services Act and “cannot comply” with the requirements of the 2013 DBA Regulations, Lady Justice Andrews held.

Lord Justice Males added that such an agreement would be a matter of the solicitors saying ‘heads I win, tails you lose’.

Andrews LJ said there was nothing in the Jackson report, the debate in Parliament or the explanatory memorandum to the 2013 regulations that extended the use of DBAs beyond employment tribunal cases to suggest that defendants could use them, except for counterclaims where the defendant recovered something from the claimant.

“However, in my judgment the matter is put beyond doubt by the definition of ‘damages-based agreement’ in s.58AA(3) of the primary statute,” Andrews LJ said.

“In order to qualify as a DBA, the agreement must provide for payment by the recipient of the services if he or she ‘obtains a specified financial benefit’ from the litigation.”

This definition did not stretch to holding on to money or other property, the judge went on.

“As Lord Justice Arnold observed in the course of the oral argument, a defendant facing a claim for £12m who only has to pay £5m under a judgment or settlement agreement, is still £5m worse off than he was at the start of the litigation.

“Moreover it cannot be sensibly contended that he has ‘obtained’ £7m in connection with the litigation from which to pay his lawyers up to 50% – i.e. £3.5m. It is no answer to my Lord’s point that if, in such a case, the client did not in fact have £7m, the lawyers would not be paid.”

In the case before the court, London firm Candey signed what purported to be a DBA with Edward Wojakovski in defending a claim, which settled with him retaining half of his shareholding in a company.

Mr Wojakovski was subsequently declared bankrupt. Candey claimed that, by virtue of the DBA, it was entitled to be paid 29% of the value of those shares.

At first instance, Mr Justice Zacaroli held that the DBA only entitled Candey to payment if Mr Wojakovski recovered something from an opposing party in or as a consequence of the proceedings.

Moreover, even if he were wrong on this, the judge said it was not an agreement permitted by the 2013 regulations.

The Court of Appeal reached the same conclusions, albeit the other way round by considering the issue of wider principle first.

In his concurring judgment, Males LJ said: “To my mind the submissions made on behalf of the solicitors in this case are a variant of ‘heads I win, tails you lose’.

“There is, therefore, no good outcome for a client who enters into such an agreement. Win or lose, he faces financial disaster. It is not surprising that legislation aimed at promoting access to justice should not permit such agreements.”