Defence QC’s accusation against prosecutor was not misconduct 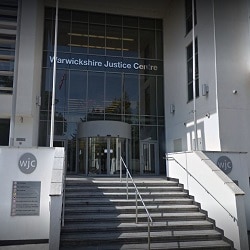 A QC who accused prosecution counsel of bad faith without reasonable grounds was in breach of Bar Standards Board rules but not to the level of professional misconduct, a tribunal has ruled.

It is unusual to see the Bar disciplinary tribunal dismiss all charges in a prosecution.

The three-person panel decided that Stephen Kamlish QC of Garden Court Chambers had made a misjudgement, but it did not amount to gross negligence such as could be considered misconduct.

Mr Kamlish agreed that at a hearing at Warwick Crown Court in 2016 he alleged four leading counsel, their respective juniors and the Crown Prosecution Service had acted in bad faith over the retrial of his clients for conspiracy to cause GBH, arguing that he had reasonable grounds for doing so (he had not been involved in the original trial).

The BSB said he did not and so breached rC 7.3 of the code of conduct, which says a barrister “must not make a serious allegation against any person… unless… you have reasonable grounds for the allegation”.

A key piece of background was that, when Mr Kamlish and his junior came on board, they discovered some “highly significant matters” that should have been disclosed earlier, but were not.

The BSB particularised four instances of Mr Kamlish’s accusations, but the tribunal upheld just one of them and only in relation to one of the four leading counsel, ‘C2’, who acted in the original trial before joining the bench.

Much of the dispute related to evidence given by a DC Maher on CCTV footage that Mr Kamlish argued was unreliable.

He maintained that the footage was never of sufficient quality to be forensically capable of proving a case or to enable a positive identification, which he said should have been evident to counsel viewing it.

The prosecution eventually replaced DC Maher after his evidence fell apart during a voir dire. There was no actual ruling on its admissibility because the judge recused himself before reaching a decision.

Ultimately, no evidence was offered against one of Mr Kamlish’s clients, while the judge stopped the retrial of the other due to the unsatisfactory evidence of the replacement CCTV witness.

Mr Kamlish claimed it was a “reasonable inference” that C2 was part of the decision-making progress to rely on DC Maher as an “ad hoc expert” rather than use an independent imagery expert.

He also pointed to the fact that reliance on DC Maher continued after the defence disclosed expert reports saying that the CCTV footage was of insufficient quality to make an identification and that there was a failure to provide proper disclosure of DC Maher’s notes.

The BSB submitted that although, as leading counsel, C2 was responsible, it did not mean that he was aware of the disclosure issue.

The tribunal agreed with the BSB that it was not uncommon for defendants to serve experts’ reports challenging prosecution evidence “and it is not bad faith to continue to rely upon the prosecution expert”.

It continued: “Considering the stages of the proceedings when C2 was involved, the BSB have made us sure that there were no reasonable grounds for the allegation that the respondent made against him.

“This particular allegation went beyond permissible limits. There was simply no material upon which to base such an allegation.”

The tribunal accepted that Mr Kamlish thought there were reasonable grounds for the allegation he made and was genuine in his belief, even if it thought he was wrong about this.

Ultimately, the tribunal continued, it was “a matter for his judgment” and Mr Kamlish would have been influenced by “the general history of the prosecution failures in this case”.

It concluded: “We think it amounted to a misjudgement by the respondent as to the reasonableness of the grounds upon which he made his allegation. It was rather more than a momentary error. He was persistent in making the allegation.

“However, on the facts of this case we do not think that his misjudgement amounted to gross negligence and we do not think, in the context of all that had gone before that it was sufficiently serious to amount to professional misconduct.”