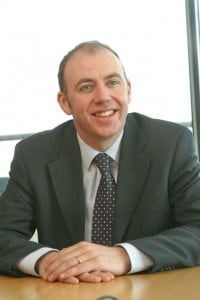 Ascent, the specialist debt alternative business structure (ABS) that is part of the Irwin Mitchell Group, has outlined plans to more than double its turnover in the next three years.

John Haywood – one-time head of collections at Eversheds – joins as COO of consumer recoveries from Lowell Financial, while Mark Burgess has been appointed as COO of commercial recoveries. He was previously operations director at Reader’s Digest.

Ascent chairman Mark Higgins – who is also chief executive of corporate and commercial litigation at Irwin Mitchell – explained that the firm currently focuses on the banking and financial services sector. Mr Sproston’s role is to build on Ascent’s existing relationships, while Mr Burgess has been tasked with identifying and penetrating new sectors, such as commercial recovery work for utilities.

Mr Heywood’s experience, meanwhile, will help Ascent with its plan to move into debt purchasing, which involves buying ownership of debts at a discount.

Ascent was launched in 2009 and grew to a £6m business before receiving its ABS licence in August 2012 along with the other members of the Irwin Mitchell Group. With the help of three acquisitions – field agency company PDP Management Services, and enforcement businesses Elliott Davies and Fraser Gowrie Johnston – it has grown to £10m.

Mr Higgins said: “I think we can more than double that in the next three years [and] become one of the dominant players”. Ascent currently employs 136 people.

Although thus far Ascent has not made much use of the flexibility afforded by an ABS licence, Mr Higgins suggested that it “reinforces the dynamism and energy of the practice”.

Though essentially a standalone business, Mr Higgins said Ascent enjoyed being part of the Irwin Mitchell Group, with the group keen to invest in the company and also benefiting from having such a “quick cash business”.