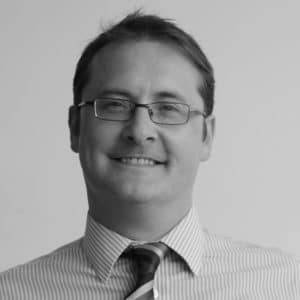 The alternative business structure (ABS) owned by one of the UK’s largest debt management companies has launched with an ambition to expand into wills in the near future.

Castle Keep Law, which was granted a licence in January [2], is a spin-off from the legal department of Manchester-based Harrington Brooks, which has a client list of 55,000 customers on debt management plans and a further 18,000 on individual voluntary arrangements.

Castle Keep has a specialist division, MyCareClaim, which it says is “currently assisting families to claim back over £6m of care home fees that have been unlawfully charged and which should have been funded for medical reasons”.

The ABS has three lawyers and, together with the staff of MyCareClaim, has a total of around 60 staff. A large proportion are paralegals.

The ABS’s head of legal practice, Dominic Timmons, formerly Harrington Brooks’ head of legal services, told Legal Futures the delay between receiving its licence and the launch had been because the ABS was “honing the services we provide to make sure we are not over-promising to the market and ensuring we are well positioned to get things right”.

He said the ABS was looking at how best to offer clients wills. He said “we realise we are not going to be able to do all this work ourselves” and planned “to establish a panel of firms we can refer work to”. He added that wills fitted well with the business’s existing consumer financial products, such as “packaged bank accounts”.

Mr Timmons said the ABS had no plans to enter conveyancing but “if the property market is improving then clearly there will be call for services like conveyancing”. Future expansion would be cautious because “we’ve got to be careful that we become good at what we say we do as opposed to saying we cover a lot of different areas of law”.

He said Harrington Brooks had “vocal customers”, which the firm encouraged and from whom it received good reviews. For this reason it was important “to make sure that your service levels are right” and it meant the ABS would only engage in “careful expansion into the market”.

He added: “It’s going to be client led and we would want to do our research carefully. I think a lot of firms are guilty of over-promising and under-delivering.”