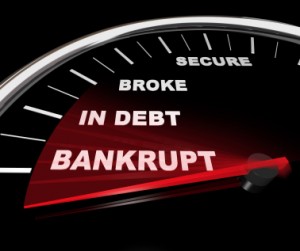 One of the UK’s largest debt management companies, Harrington Brooks, which has an annual turnover of around £30m, has created an alternative business structure (ABS) run by its head of legal services.

Harrington Brooks was bought out by its management in 2012, led by its chief executive, Matthew Cheetham and finance director Terry Sweeney. It was backed by middle-market private equity (PE) investors RJD. Mr Sweeney is the ABS’s head of finance and administration.

The business was founded in 1998. Harrington Brooks says on its website that it is currently helping approximately 50,000 people repay credit by debt management plans and has a further 16,000+ active clients using it to handle their individual voluntary arrangements. This is in part through its subsidiary One Advice.

Mr Timmons told Legal Futures “it was a very, very complicated ABS and quite a complicated company structure”, but declined to elaborate because Harrington Brooks was planning a coordinated press launch.

The SRA granted two waivers: one to the separate business rule and the other to its rule that all managers or owners of the ABS have been approved by the SRA.

In December, another leading PE-backed debt advice company, MoneyPlus Group, to offer additional services to customers and become “a major player in the legal services market”.

The aim of the ABS is to offer other legal services that debt customers may need, such as people who have problems keeping up with payments on their individual voluntary arrangements because of an injury or losing their job and so might need legal advice.

In other ABS news, the legal practice set up by Devon accountants Davisons last September had its ABS licence revoked last week, which the SRA told Legal Futures was because it had closed.

Davisons was only the third firm of accountants to launch a legal arm, which was to focus on commercial work and advice for high net-worth individuals. Managing director Matthew Gard declined to comment, but confirmed that solicitor Philip Vickery, who headed the legal practice, was no longer with Davisons.

Meanwhile, HW Business Law has also received an ABS licence. It has been set up by Matthew Perry – London managing partner of top 20 accountants Haines Watts – and solicitor Victoria Boid, formerly a company/commercial partner at south London firm Fisher Meredith. Mr Perry declined to discuss the new venture except to say that despite the firm’s name, and its registered address being that of Haines Watts’ London office, it was a personal venture.