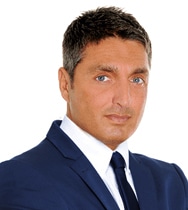 An alternative business structure (ABS) set up by the owner of a debt collection agency is promising to offer “genuine” no-win, no-fee deals in an industry where it accuses solicitors of being unwilling to take the rough with the smooth.

PDC Hertford Ltd, trading as PDC Law, based in Hertfordshire, was given an ABS licence by the Solicitors Regulation Authority, effective from 1 September.

The head of legal practice is property law specialist solicitor Richard Sandler, who practised as a sole practitioner in London for 25 years until 1999.

The ABS is the brainchild of Joe Tona, who is the director of a debt collection agency, Property Debt Collection Ltd, which he established in 1993 and employs over 30 staff.

Mr Tona said he has spun the ABS out of an in-house legal team of solicitors and paralegals and it will offer both contentious and non-contentious advice.

Property Debt Collection Limited collects more than £18m a year from service charge and ground rent arrears for some 140 clients, with over 80% of cases settling without legal action in 2014.

He said on the firm’s website that, until now, Property Debt Collection has recommended a panel of legal providers to its clients for those cases requiring legal action. “Granted, they have operated successfully but I always felt ‘a piece of the puzzle was missing’ and that if I owned a legal firm, I would create a unique service driven by a combination of experience and technology.”

Mr Tona told Legal Futures that managing agents were dissatisfied with the deals offered by solicitors in the industry and claimed his ABS would be different. He said: “There are a lot of solicitors out there who do the work I do and a lot of them do advertise ‘no win, no fee’. But actually, is it ‘no win, no fee’? The answer is ‘no’…

“A lot of law firms say we ‘endeavour’ to do ‘no win, no fee’. You either are or you’re not. I’m saying we are. End of. You’re never going to see a bill – as long as the agent has ticked all the boxes and done everything correctly.”

Mr Tona said he had considered buying an existing law firm. “But the law firm had an issue in its background and I thought ‘I can’t take that on, I’m going to set up an ABS’. He was advised “to keep the two businesses separate, because a debt collection agency can do things a law firm can’t”.

He added: “It’s good to have two separate companies doing two separate things around the same kind of business. It works well for us. I thought long and hard about this and think I am doing the right thing.”