DC lawyers bid to lead the way with ABSs 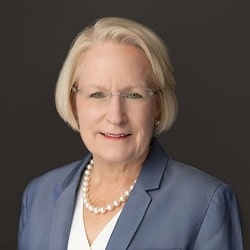 Martinez: Doing nothing poses an even greater risk

Lawyers in the US capital Washington DC are the latest in America to try and remove the ban on alternative business structures (ABSs), it has emerged.

Meanwhile, the president of the American Bar Association (ABA) has thrown her support behind efforts to rethink regulation and the delivery of legal services.

The DC Bar’s global legal practice committee is seeking comments on rule changes which would be unprecedented in the country.

Washington DC has long been the only state to permit non-lawyer ownership, although this is restricted to situations where the law firm has as its sole purpose the provision of legal services, all owners agree to abide by the rules of professional conduct for lawyers, and the managing lawyers undertake to be responsible for the non-lawyers.

The committee is asking those firms that already have non-lawyer partners about their experiences and whether the current rules are too restrictive.

It also asks DC Bar members how their firms could benefit from sharing fees with non-lawyers and whether there is demand from clients for multi-disciplinary services.

The committee specifically questions how the rule changes could help firms that use third-party litigation funding.

State bars in California, Utah and Arizona are also investigating regulatory reform that could open the door to ABSs.

In Utah, its implementation taskforce on regulatory reform is seeking participants for a regulatory sandbox, so that new ways of practising law that currently breach the rules can be tested while protecting consumers.

Last August, the Utah group – which was heavily influenced by the experience in England and Wales – said ABSs, backed by a new regulatory regime, would help foster innovation and promote other market forces “so as to increase access to and affordability of legal services”.

Its report was approved by the Utah Supreme Court in September – in most states it is the supreme court, rather than bar association, which governs regulation of the profession.

The Arizona task force on the delivery of legal services reported in October, calling for an end to the “explicit barrier” to lawyers and non-lawyers co-owning law firms, and the introduction of “a tier of non-lawyer legal service providers, qualified by education, training, and examination, to provide limited legal services to clients, including representation in court and at administrative proceedings”.

The State Bar of California’s task force on access through innovation of legal services issued a consultation last summer on 16 “tentative” recommendations, including allowing non-lawyers to provide certain legal advice and services, and permitting law firms to be made up of lawyers and non-lawyers.

The task force is set to report by the end of March but papers before its meeting today indicate that it is set to press ahead with reform.

The ABA is a voluntary representative body that lays down model rules of professional conduct which states can choose to adopt. Most do to a greater or lesser extent and its views are influential, but efforts to change the model rules on ABSs have repeatedly foundered.

However, writing this month in the ABA Journal, president Judy Perry Martinez noted that the World Justice Project ranks the United States tied for 99th out of 126 countries when it comes to access to and affordability of civil justice.

“We need new ideas,” she said. “We are one-fifth into the 21st century, yet we continue to rely on 20th-century processes, procedures and regulations. We need to retain 20th-century values but advance them using 21st-century approaches that can increase access to justice.

“For example, regulators in some states are exploring whether educated technicians without a law degree should be authorized and regulated under rules of professional conduct to offer limited legal services.

“Others are looking at whether efficiencies can be gained by enabling professionals who are not lawyers to share fees or hold a financial interest in law firms without compromising lawyer independence.

Ms Martinez said that with the privilege of self-regulation “comes a responsibility to ensure that the rules and regulations of the legal profession serve the public good”.

She continued: “The ultimate purpose of regulation is not to protect the livelihoods of lawyers but to advance the administration of justice. Some would suggest that if we don’t have justice or public protection as our goal, we potentially put our self-regulation at risk…

“The aim of current reform discussions is not to eliminate lawyers. Quite the contrary, the aim is to help lawyers lead changes that are sweeping all economic sectors of society…

“Change is difficult. It should not be undertaken without serious consideration of the potential benefits and costs. But given the dire circumstances that the public faces when trying to protect their basic rights, doing nothing poses an even greater risk to our system of justice and the rule of law.”

A small number of US firms have set up their London offices as ABSs, most recently Reed Smith.