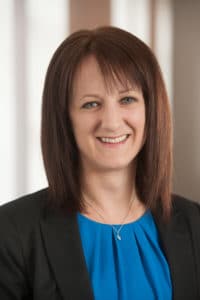 Brown: “keen to do something different”

DAS Law – the alternative business structure set up by the eponymous legal expenses insurer – is launching a pioneering graduate academy for “lawyers of the future”, with the first six recruits starting next month.

Samantha Brown, head of personal injury, also said that staff numbers at the firm had doubled to around 220 since it was created in 2013 with the acquisition of Bristol firm CW Law.

Ms Brown said the academy was unusual in offering a two-year training in personal injury litigation to graduates from a range of disciplines.

“We were keen to do something different,” she said. “Our focus as a law firm is about providing the best possible service to our customers, and that means training and development.

“Ultimately what we want to do is train our lawyers of the future. At the end of the two years, they will be ready to perform one of the roles in the personal injury department.

“They will have achieved that while earning money to fund their studies, such as the LPC. Those not interested in qualifying as a solicitor have received bespoke training for a particular job.”

Ms Brown said six graduates had been chosen from around 50 to start in the academy next month. She said that some, but not all, were law graduates.

She said DAS Law’s main growth area in the last 12 months was the property and contract litigation department. “Disputes range from the sale of a vehicle or a new kitchen to multi-million pound construction cases or professional negligence.”

As with the firm’s other departments, the majority of the work is generated by legal expenses insurance (LEI).

Ms Brown said DAS Law’s personal injury department had “expanded slightly” since 2013, and was concentrating on higher value and more complex cases, with values of up to several million pounds.

She said that if the government increased the small claims limit to £5,000 next year, as Lord Faulks confirmed it would do this week in his speech to the APIL conference, that would “only increase the value” of LEI. “We are already dealing with people whose cases fall into the current small claims track.”

Separately it emerged this week that the Civil Justice Council has set up a new working group which will investigate, among other things, the role before-the-event legal expenses insurance may have in improving access to justice.

Ms Brown said DAS Law had no immediate plans for new acquisitions. “We’re concentrating on providing a full service for those with LEI. We hope understanding of what these policies offer customers will increase, and we’re working with insurance companies to highlight this.”