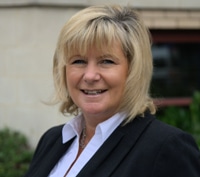 Legal expenses insurer DAS has finally secured the law firm acquisition that will kickstart its bid to become one of the UK’s top legal services providers.

DAS, which is owned by German insurance giant Munich Re, has bought Bristol law firm CW Law after it was granted its alternative business structure (ABS) licence. CW Law employs over 60 staff, and specialises in personal injury, employment and property disputes.

It will double in size overnight as certain parts of DAS – such as its 45 legal helpline advisers – will move across to the practice. Further acquisitions are likely in future, said DAS head of legal services Kathryn Mortimer.

Paul Asplin, the chief executive of the DAS UK Group becomes chairman of CW Law, which will be renamed DAS Law. Professor Stephen Mayson has been named a non-executive director of DAS Law.

Mr Asplin said: “Now that we have finally realised the long-held ambition to incorporate a law firm into the DAS Group, we are in a position to move ahead with our plans to position DAS as a significant provider of legal services as well as the leading legal protection insurer.

“Not only will owning a law firm enable us to offer a seamless service to our policyholders with legal protection claims, but it will also put us in a position to provide fixed-price legal services to consumers.”

Ms Mortimer said that as well as enabling the company to enhance the services it offers through legal expenses insurance, the ABS licence will allow it to build a consumer-facing brand. The aim is to become one of the major consumer brands, along with the likes of Co-operative Legal Services, QualitySolicitors and Slater & Gordon.

She said DAS’s parent company – whose major investors include legendary American financier Warren Buffet – was “very excited” about the potential of DAS Law.

“We have 10m policyholders who come to us with legal problems,” she pointed out. “We have always outsourced [this work]. Now we can build on our brand and service delivery.” DAS’s existing panel firms have known for some time about the company’s intention to bring most work in-house, although it is retaining a panel for niche areas.

Ms Mortimer added: “Owning a law firm will bring other more subtle benefits, such as the ability to expand the functionality of our hugely popular telephone legal advice service to deliver written advice via e-mail and other digital platforms. The next steps will be to integrate the firm into the group and then launch it as DAS Law.” This process will take a few months, she said.

The acquisition of CW Law follows the group’s , owners of legal information website Law on the Web at the end of 2011. The purchase was a strategic move to give DAS a strong direct route to market once it became an ABS.

Based in Bristol, with offices in London, Manchester and Bedwas, South Wales, as well as subsidiaries in Arundel, Dublin and Toronto, DAS employs more than 600 staff.

Back in 2007 it was the first company to announce its intention to buy a law firm once allowed, and was in the first tranche of applications received by the Solicitors Regulation Authority last year. Ms Mortimer, who was head of legal services at outsourcing specialist Capita when recruited in 2007 with a view to setting up DAS Law, said it had been an “extremely demanding” process.