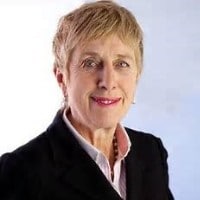 Dame Elizabeth Filkin, a former Parliamentary Commissioner for Standards, has become one of four lay members appointed to the new Chartered Institute of Legal Executives (CILEx) Group board.

The move comes as CILEx introduces a group structure with three companies sitting under a new group board.

These are CILEx Professional, to promote the profession’s interests, CILEx Law School, and Group Services, which provides the infrastructure. CILEx Regulation will continue to have its own independent board.

Dame Elizabeth, a Birmingham University law graduate, was Parliamentary Commissioner for Standards between 1999 and 2001. She went on to lead the inquiry into phone hacking at News International in 2011.

Her current commitments include chairing The Employers Initiative on Domestic Abuse and TecSOS, a Vodafone initiative that gives victims of domestic abuse enhanced access to the police in an emergency.

Dame Elizabeth will work with Professor Chris Bones, named in January as the first chair of the CILEx Group. The board will be under an overarching duty to work in the public interest and protect CILEx’s Royal Charter and reputation.

She is joined on the board by three other new recruits. Doris Olulode, former EMEA director of HR at Ford Motor Company, is currently freelancing as an HR consultant while being a non-executive director of multi-academy Diocese of Chelmsford Vine Schools Trust and a lay employment tribunal member.

For 11 years he was director of the Institute of Fundraising, and from 2012 until the 2015 general election he was chief executive of liberal think-tank CentreForum.

They are joined by Jagjit Dosanjh-Elton, COO at leading chartered surveyors Anstey Horne. She has previously worked as senior finance adviser to The Economist Group in New York and executive director at a utilities consultancy.

Millicent Grant, president of CILEx, said: “Our governance reforms are driven primarily by a desire to embed best practice within the organisation and ensure its operation is transparent and promotes good decision making.

“The latest members of the group board have an outstanding mix of experience and skills that should ensure these changes are implemented properly and to the benefit of both the public interest and our members.”