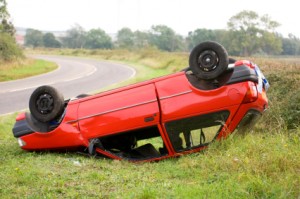 Craig Dickson, chief executive of CSG, said the business was not changing its structure or introducing external investment, but wanted to make sure that “as and when opportunities arise, we are agile enough to take advantage of them”.

He went on: “At the moment the legal claims market is quite fluid and we are continually challenged by clients to remain innovative. This means we can react and respond.

“Government reforms are changing the profile of what we do and taking some of the fat out of the system. Law firms have to evolve, but they still have some way to go in really addressing the issues.”

Mr Dickson said around 80% of the CSG’s work was volume insurance litigation, covering personal injury road traffic, employer’s liability, public liability and industrial disease claims, along with some commercial property work. He described around 20% as relating to significant losses or catastrophic injury.

The CSG’s biggest office is in Bristol, with others in Birmingham, Manchester, Leeds, Newcastle, Winchester and Newport in Wales. It also has Scottish offices in Edinburgh and Glasgow, which are outside the scope of the ABS.

Mr Dickson, a non-lawyer, became chief executive of CSG in June, having previously been head of its motor division.

He said becoming an ABS would help the group attract “good business talent as well as good lawyers”.

Mr Dickson added the CSG had grown in size by a third in only five years.

The ABS license, from the Solicitors Regulation Authority, was awarded to DAC Beachcroft Claims Limited, which owns the claims group. It became effective yesterday.