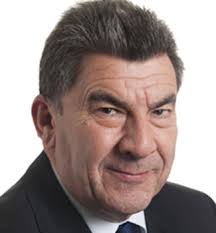 A UK legal process outsourcing (LPO) company has obtained an equity investment of double the amount it was seeking to fund ambitious expansion plans, using the ‘crowdfunding’ method of appealing to investors.

Glasgow-based NewGalexy, which also has offices in London, Chicago and Mumbai, became the first Scottish business to raise finance in this way – which involved an online pitch to investor members of the crowdfunding website Crowdcube.

NewGalexy’s founder, Robert Glennie, a commercial lawyer, told Legal Futures the company had grown “slightly faster than we expected”, which was one of the reasons for raising external equity.

“We are [raising funds] to develop our sales function and to produce our own technology, which will help our clients with contract management and various other services that we provide to them in the legal and regulatory areas. We’ll start that development work early in 2014,” he said.

The company intends to more than triple its staff numbers, which currently number 13, in the next 18 months. It started six years ago with teams of lawyers in India, but about a year ago added onshore lawyers in the UK “because a number of potential clients said to us that they would like us to do that”, said Mr Glennie.

When it started, NewGalexy was “probably slightly ahead of our time, but our time has come”, he said.

Exeter-based Crowdcube, which has raised some £16m for more than 80 companies, has a pool of more than 50,000 registered investors. The clamour among its investors was so great that the NewGalexy online share issue became the second most heavily subscribed, in percentage terms, in the crowdfunder’s history.

Mr Glennie said many of the new investors were professional themselves. He had been impressed by the speed with which funds could be raised using Crowdcube, compared to “more conventional ways of raising early-stage equity”, such as angel networks.

He explained the attraction: “We are at the innovative side of legal services delivery and Crowdcube represents an innovative way of equity fundraising. It has a number of advantages over conventional [methods], including the speed with which the whole process operates… Crowdcube was very successful for us, very quickly.”

He said one development had been that clients were increasingly interested in the location of the particular work they wanted to outsource. “We now find a lot of clients saying, at the beginning of a potential new assignment, we would like to talk to you about where this will be done – some things are probably best done in India, some things are probably best done here in the UK.