Crowdfunder attempts to support legal projects as well as cases 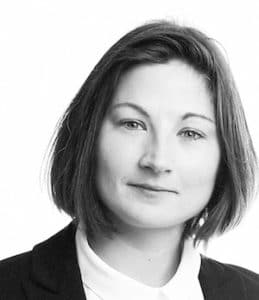 Salasky: project funding could be the first of many

CrowdJustice, the legal crowdfunding platform, has launched its first effort to fund a project, as opposed to a specific legal case, and has already raised half of the target amount from a corporate sponsor.

The Ipswich and Suffolk Council on Racial Equality (ISCRE) charity is seeking £2,000 to fill a funding gap left by the end of National Lottery support and what it hopes will be a successful application for a renewed lottery grant.

“What we don’t want to have to do is lose staff while we are waiting to hear whether the new grant is approved”, ISCRE’s director, Audrey Ludwig, told Legal Futures.

The CrowdJustice bid for funds began yesterday and has 29 days to run. Half of the £2,000 target has already been pledged by a commercial third-party funder, Balance Legal Capital.

Julia Salasky, CrowdJustice’s founder, a non-practising solicitor and former Linklaters associate, said she hoped the attempt to raise funds for legal projects rather than legal cases alone would be the “first of many”, but that legal cases would remain “at the core of what we’re doing”.

She pointed out that the ISCRE project helped a large number of people with legal problems, which was very much the platform’s focus. She added that a number of other organisations had approached CrowdJustice looking to raise funds for projects, ranging “from legal journalism to other law centres which have a gap in their funding”.

ISCRE is running a Tackling discrimination in the East project, which it says has helped more than 680 people so far. The free service has received funding from the Big Lottery Fund and its renewal application has reached the second stage. Ms Ludwig said she was hopeful it would be approved.

She explained that most of ISCRE’s clients were the “working poor” who could not afford private lawyers but were not eligible for legal aid. The discrimination project caters for the victims of “all kinds of unlawful discrimination”, including that involving disability, race and pregnancy.

Rob Rothkopf, managing director of Balance, said: “In this era of limited legal aid, pro bono legal charities such as ISCRE are more important than ever in enabling those lacking their own resources to assert their rights.

“We think that all participants in the legal industry, including commercial litigation funders like us, have a role to play in promoting access to justice at the grass roots level.”

To date, CrowdJustice has raised money for 37 cases – the largest being £133,000 to help Justice for Health, a group of junior doctors challenging the contract the government is trying to impose on them – while another 13 crowdfunding bids are still live.

Justice for Health has this week had to launch an emergency second round of funding to cover a £30,000 security for costs order and its own legal costs, and nearly raised the £50,000 sought in less than 24 hours.