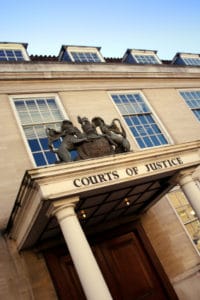 CJC: claims need to be kept out of the county court

The government’s proposed personal injury reforms have to at least match the current 86% pre-court settlement rate of the RTA portal or there will be serious consequences for the justice system, one of the few cross-profession respondents to the Ministry of Justice consultation has said.

The closing date for responses was Friday and among the many submitted was one from the Civil Justice Council (CJC), which has members from all sides of the litigation world.

The CJC said “the ambition of the new system needs to be to achieve at least this level of pre‐litigation resolution and probably higher.

“Absent such a new simplified system of processing these claims, it is likely there would be adverse consequences flowing from higher levels of cases having to use the small claims track of the county court.” These included greater workload for the courts.

It highlighted the outcome of the CJC workshop on raising the small claims limit, held last year.

“It is worth noting that the main message from the majority of the delegates at the event was that, under any new regime, a claimant for an injury valued at less that £5,000 should be able to progress their claim online and to resolve it without having to use the small claims track processes in the county court.

“This should be within the framework of a simplified system in which decisions on liability and the relevant investigations on quantum can be expedited speedily and at minimum cost.

“The system needs to be accessible to claimants acting in person. The creation of a new IT system should be used as an opportunity to innovate, recognising that the current system of the RTA portal was never designed to guide those pursuing a claim without the benefit of a lawyer through the process.”

Though clearly there were polarised views between CJC members on some issues, the response said there was “a strong view” that work‐based claims should be excluded from the reforms.

“Such claims do not fall within the government’s underlying reasoning for the consultation, namely the increase in minor claims for whiplash,” it said, adding that such claims were “invariably more complex than RTA claims” and there was an imbalance of power between the employer and the employee – “in relation, for example, to access to the site to which the claim related, and to witnesses to the incident and to the documentation and the possibility of a heightened inequality of arms in these claims if the claimant was unrepresented”.

The CJC also expressed concern about “the likelihood of a proliferation in the activity of claims management companies (CMCs) and of paid McKenzie Friends. There is a strong feeling among members that everyone who provides paid‐for advice on an injury claim should be regulated – including CMCs and paid McKenzie Friends…

“A cautionary note was sounded about the sheer numbers of such claims likely to be taken forward by CMCs in particular. A suggestion made at the July 2016 workshop was that a control might be introduced on how much a CMC could charge; it was noted that in financial mis‐selling cases, there was a cap of 15% of the amount recovered.”

Meanwhile, Labour’s shadow justice minister, Christina Rees, wrote on Friday that there was little evidence to back insurers’ insistence of a ‘fraud pandemic’ in RTA claims – “and none at all in work accident claims which these changes will sweep up in their wake”.

In an article on the Labour List website, she said: “It’s significant, we think, that none of the insurers have reported fraud as an issue in their annual returns despite a requirement from their regulator that they do so if they think something is going to hit their profits.”

Pointing to figures obtained in a freedom of information request by the Association of Personal Injury Lawyers (APIL) that showed the number of whiplash claims to be falling, she continued: “We know from other FOI requests that the police forces in the UK have few if any motor insurance fraud cases on their books or reported to them, and certainly nothing on the scale suggested by insurers.

“Undoubtedly whiplash, being a soft tissue injury, is ripe for false claims. But the figures aren’t as have been claimed and again the answer, if insurers suspect a claim, is to deny it, defend it and hand all the evidence across to the police. In fact last year they paid out in 99% of all cases, so much for their facing a fraud crisis and tackling it.”

In the event the reforms go ahead, she called on insurers to “open their books” to prove that the savings were passed on.

“The Tory government claims to be creating a country that works for everyone. In reality, these one-sided proposals are just feeding fat cats more cream and we are paying twice – once as taxpayers and then as motorists. Until the insurance industry is entirely open with the consumers they sell their product to, the Labour Party will oppose any increase in the small claims limit.”

The responses put in from the claimant side were universal in condemning the reforms. Those seen so far by Legal Futures were from APIL, First4Lawyers, Hodge Jones & Allen, Hudgell, the Law Society, Legal Solutions Partnership, and the Personal Injuries Bar Association.