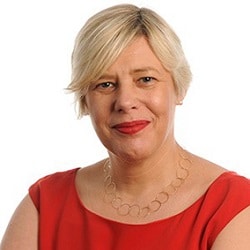 Randall: We need to put ourselves into our clients’ shoes

The coronavirus crisis has given law firms a “platform to accelerate change” in promoting equality, the chief operating officer of Bristol-based law firm Burges Salmon has said.

Emma Dowden said the law firm would not “go back to what we left” and would move to “a new way of working” once the pandemic was over.

Speaking at a Thomson Reuters webinar, part of its Transforming Women’s Leadership in the Law programme, Ms Dowden said law firms should remember that they were dealing with people, some of whom had been on “very difficult journeys” because of the crisis, and empathy was essential.

Ms Dowden said Burges Salmon would be embarking on a “slow and phased return to the office”.

She said many people had been in “crisis management mode” and were “having to juggle all sorts of things” as a result of the pandemic.

“We’re all worried about how sustainable that is as we move to the new normal – whatever that is.”

On the positive side, she hoped the changed way of working would provide “development opportunities” for women.

“People have proved that they can work from home. Firms will have to be much more flexible. Future opportunities should not rely on people being in any one place at any one time.”

Ms Dowden also predicted that law firms would need to streamline their services in the future, focusing on outcomes for the client.

She added that firms should use the crisis as an “opportunity for change” in terms of diversity and inclusion, but there was a “risk of things slipping back” unless there was careful planning.

Bob Booth, general counsel and company secretary of the Crown Estate, said the crisis had “lifted a veil”, so that managers and leaders “cannot pretend they cannot see” how staff were coping.

Mr Booth said managers must take into account that “people’s ability to control their circumstances has changed”.

He said that, without being a “silver bullet”, the crisis had provided a “general opportunity to look at how we use our workforce and technology”, which “hopefully will allow us to push forwards” on diversity and inclusion.

“We must capture what we’re learning. You learn more in times of stress than you ever do in business as usual.

“People can really show what they can do at a time of change and disruption. They have an opportunity to shine.”

Helen Randall, partner at City firm Trowers & Hamlins and chair of the webinar, said the virus had a disproportionate impact on the BAME community and the socially disadvantaged.

When it came to female lawyers, the impact was also disproportionate, because of their responsibilities in terms of looking after old people or home schooling.

“Working from home works really well for some people, but not for others”.

She said a female lawyer had complained to her that the pandemic felt like “going back to the 1950s” because of the extra housework she was having to do.

“More than ever we need to put ourselves into our clients’ shoes,” Ms Randall said. “Their businesses are reconfiguring and merging and we need to retain them.”

She advised law firms not to neglect wellbeing. “It’s very easy not to think about this when people are invisible. We need to make sure everyone takes care of themselves. We can’t have our best talent burning itself out.”

At a separate webinar hosted by flexible recruitment agency 2to3days, other lawyers predicted the virus would change much about the way law was practised.

Ms Thompson said she thought too that alternative models of legal practice would be boosted, including using ‘gig workers’ and also crowdworkers, where tasks are submitted to a large pool of online workers rather than to a single employee.

She added that clients may be more inclined to outsource work after the virus but also to in-source legal work to non-lawyers.

Ms Scott-Priestley anticipated “larger investment among law firms and clients in technology and innovation”, such as increasing automation and “giving clients the ability to self service”.

She also expected that legal issues had become more prominent during the period of lockdown and that clients would be more respectful in future of the “legal implications within their businesses”.

She agreed that a greater use of outsourcing by law firms would follow, which had been hampered up to now by the fact that lawyers, of which she was one, were “extremely arrogant” about allowing non-lawyers in.

Mr Croft said he would be really disappointed if, after Covid-19 everyone in legal services “raced back towards the way things were done previously”. He hoped digitisation of the legal industry would be speeded up because much about the legal profession “still feels a bit pen and paper”.

He believed lawyers have been slow to change their businesses like other industries because they had been trained to “spot risks” and could come up with myriad reasons why not to innovate. But there were also risks for other professional services which took a less conservative approach.