Criminals’ ‘go-to’ solicitor struck off while in jail 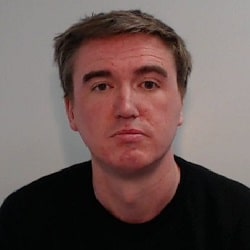 A solicitor who was the ‘go to’ lawyer for a gang of criminals because he would not ask too many questions about where their money came has been struck off while serving seven years in jail.

Ross Ian McKay, who qualified in 2004 and is 41, was convicted in late 2018 on three counts under the Proceeds of Crime Act 2002 (POCA), covering two different periods of his career.

His offending came to light through Operation Isidor, an investigation run by Greater Manchester Police’s economic crime unit into the activities of an organised group who had been laundering the proceeds of their criminal enterprise, including drug-dealing, tax evasion and mortgage and property fraud.

Counts 1 and 2 (breach of section 328(1) of POCA) specifically related to Mr McKay’s work as a solicitor assisting two people in developing a property portfolio based substantially on fraudulently obtained funds over at least a five-year period. He was sentenced on the basis of over £1m being involved.

His Honour Judge Field QC said the number and frequency of transactions, as well as the unexplained cash deposits and red flags thrown up by the transactions, meant the solicitor must have been aware he was assisting his clients in acquiring criminal property.

The other offence (section 327) related to Mr McKay’s later work as an in-house solicitor for a company (of which he was also a shareholder) through which he converted money introduced by a convicted drug dealer, Billy Black.

Black is currently serving a 22-year sentence and his activities also saw the conviction in 2018 of a solicitor on seven counts of failing to comply with money laundering regulations and one count of failing to disclose his suspicions.

HHJ Field said that Mr McKay must have known or suspected that the money he was converting and dealing with was criminal property and that the money originated from Black.

In a statement of agreed outcome and indicated facts with the Solicitors Regulation Authority, Mr McKay accepted that he should be struck off. The Solicitors Disciplinary Tribunal agreed.