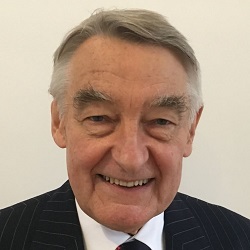 The author of the criminal legal aid review said yesterday that solicitors’ firms are in a “more parlous” state than the Bar, where the picture was “mixed”.

Sir Christopher Bellamy was speaking to MPs on the justice committee in the wake of the Criminal Bar Association (CBA) warning that it would “move directly” to a ballot for strike action unless the government failed to publish a full response to the review and a timetable for implementation by Valentine’s Day.

The independent review, published in December, said an immediate £135m cash injection was needed to stop the provision of criminal defence services by solicitors and barristers collapsing, but the market did not need “radical reform”.

Lord Chancellor Dominic Raab said at the time that the Ministry of Justice’s response to the review would be published “no later than the end of March 2022 alongside a consultation on all policy proposals”.

In his evidence to MPs, Sir Christopher painted the grimmest possible picture of criminal law firms, where fees had not changed for 14 years “except to go down”, the number of firms was shrinking and there were “almost no trainees”.

He said firms had been operating in recent years with profit margins of 0-5%, there was “evidence of deskilling” in terms of trial preparation, and talent was heading to the Crown Prosecution Service, where salaries were higher.

Sir Christopher said there was a “serious question” as to how long private providers of criminal legal aid could continue.

The picture was “more mixed” at the criminal Bar, where some more senior barristers “earned well” while juniors were paid £50 for a morning’s work at the magistrates’ court.

While recruitment and retention at solicitors’ firms was “extremely difficult”, demand for criminal law pupillages had “held up well”, with 10 applications for every pupillage.

With a 26% slump in the number of cases between 2016 and 2020, the numbers of barristers leaving was “not dramatic”, he went on, and there was evidence that government attempts between 2018 and 2020 to inject more money into the system was “feeding through”, with increased fees for cracked trials.

Sir Christopher said the Bar had not cut services to the same extent as law firms, leading to “overcrowding” and more barristers “jostling for less work”.

Defending his call for £135m, Sir Christopher described the figure as a “start” and said: “I’ve done my best.”

He said “many legal aid providers” had used technology to modernise their services and he saw “no evidence of inefficiency” in the way solicitors worked.

Sir Christopher said where the lack of duty solicitors was extremely serious, such as mid-Wales and the Isle of Wight, alternative providers such as not-for-profit agencies should be considered as a possible solution.

He called for a “proper investigation” into why male criminal law barristers earned 25% more than female barristers and why the incomes of male ethnic minority barristers were 10% less than their White male colleagues.

“Is it a question of ‘type casting’, with fraud work being paid better than sexual offences, or are male barristers cornering the work? We need to understand what is happening.”

He added that the youth court was the “Cinderella of the system”; if the cases were serious enough to tried in the Crown Court were the defendants adults, youth court cases should be paid at the same rate.

There should also be an accreditation system for youth court lawyers, he said.

The CBA has promised to “move directly” to a ballot for strike action if the government failed to respond to Sir Christopher’s review, with a timetable for implementation, by 14 February.

The announcement followed a survey in which over 96% of the almost 2,000 barristers who responded said the increase for barristers of £35m, or 15%, recommended by the review, “partly through an overall increase in fees, and partly through a restructuring of the AGFS [advocates’ graduated fee scheme]”, was “insufficient to ensure the long-term viability” of the criminal Bar.

A similar majority said direction action, including no returns as a minimum, should be taken if there was not “a substantial increase of additional funding for the AGFS”.

Almost 94% of barristers said that, if the government failed to give an undertaking by 14 February to publish its full response and complete the statutory consultation by the end of March, they should take action, including, as a minimum, no returns.

In a separate development, Mick Antoniw, the Welsh Government’s Counsel General, said: “We fully agree with the review’s central recommendation that at least £135m additional funding is needed each year just to support criminal legal aid. We contend that civil legal aid is similarly inadequately funded.”