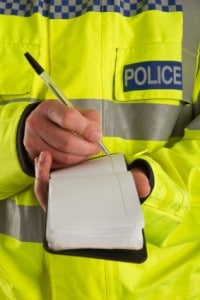 Defence lawyers bear partial responsibility for miscarriages of justice, and better ethics training and spending time with ordinary people are as likely to reverse “moral decline” as boosting pay, according to new research.

Writing in a collection of essays published last week by The Justice Gap, No Defence: lawyers and miscarriages of justice, Cardiff Law School academic, Dr Daniel Newman, said his empirical research with three criminal defence firms working in and around the magistrates’ court of a large city showed that while falling legal aid rates had undermined incentives to provide quality service, singling out legal aid may “provide too easy an answer”.

He suggested that the profit motive leads lawyers to lose their “moral compass”, recounting an “unending barrage of critical comments about clients, poking fun at their supposed lack of intelligence, questioning the moral fortitude of their perceived class and routinely assuming factual guilt”.

Significantly, in light of the outcry over claims that the government’s proposed price competitive tendering (PCT) plans would incentivise lawyers to recommend guilty pleas, Dr Newman said: “Lawyers devoted as little time as possible to their clients’ cases, talking over them and cutting short their stories, regularly pushing them toward early guilty pleas and sabotaging those that got through to trial by neglecting to properly prepare”.

An explanation, which had “some veracity” was a move within society – including the legal profession – away from “old-fashioned notions of service” which ultimately resulted in clients receiving a “lesser product” from defence lawyers operating a “factory model”.

There was a “most likely a circular relationship between diminished funding and sullied morals”, he speculated. But simply raising remuneration was not the only answer, he said.

“My suggestion for improving the situation would be… increase and enhance ethical training for such lawyers. Those lawyers who would be funded by the state to uphold the most fundamental principles of justice must spend more time reflecting on the meaning of their practice, exploring its social significance.”

The recommendation mirrors a proposal made by the Legal Education and Training Review, which reported last month. It advised bringing a stronger focus on professional ethics throughout education and training.

Dr Newman continued that beyond a “managerialist outlook” encouraged by law schools or the “tick-box activity” of conduct regulation, client relations and feedback should be promoted, for instance in an “annual legal MOT”.

Further, “law schools might better integrate themselves in the local community, fostering face-to-face relationships with those they would serve”, he suggested.

He concluded: “As a calling, such lawyers should spend less time passing the buck and more taking responsibility for their own actions.”