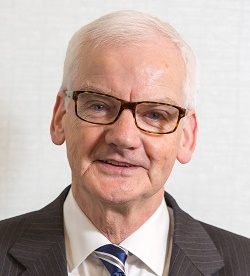 Criminal defence lawyers in England and Wales could become “extinct”, the Law Society has warned on the back of data showing that this is an increasingly ageing part of the profession.

It comes amid cross-profession unity for action over the huge damage lawyers say the government is causing the criminal justice system.

While across the whole profession, only 27% of solicitors are aged over 50, in several areas of the country across – Dorset, Somerset, Wiltshire, Worcestershire, West Wales and Mid Wales – over 60% of criminal law solicitors on duty rotas have celebrated their 50th birthdays.

The only county roughly in proportion was Leicestershire, where there were 30% over 50. Buckinghamshire was next with 34%. In and around London, the figure was roughly 40%.

Meanwhile, in Norfolk, Suffolk, Cornwall and Worcestershire, there are no criminal law solicitors aged under 35, with only one each in West Wales and Mid Wales, and only two in Devon.

Law Society president Joe Egan said: “If this trend continues, in five to ten years’ time there could be insufficient criminal defence solicitors in many regions, leaving people in need of legal advice unable to access their rights.

“Twenty years without any increases in fees, and a series of drastic cuts have pushed the criminal justice system to the point where lawyers can no longer see a viable career doing this work.

The Law Society has developed a ‘heat map’ of the demographics by county, which can be found here.

In her weekly message to members, Criminal Bar Association (CBA) chair Angela Rafferty QC said yesterday that there were now over 80 chambers across England and Wales that have publicly declared their support for the CBA’s recommendation to decline work under representation orders after 1 April.

A spreadsheet circulating on social media last night put the number at 91.

“The resolute approach of so many of our members and the desire to see change is the strongest it has ever been. We still hope to find a solution before this action escalates. We want a fair settlement for all,” Ms Rafferty wrote.

“It is clear we have reached a watershed moment. The cohesion makes us strong. Solicitors are playing an invaluable part in this and are showing tremendous courage in their dealings with the courts and their clients.”

A tweet from the CLSA said: “All unified in our belief that it was now time to take action and fight for the neglected criminal justice system.”

A tweet from Tuckers Solicitors, part of the Big Firm Group, said: “(For the very first time) confident that shared goals & shared action will emerge from unity from of a broad coalition of groups that care about the criminal justice system.”

On Wednesday, the Justice Alliance is holding a ‘Vigil for Justice’ outside the Ministry of Justice from 7pm to 8pm.